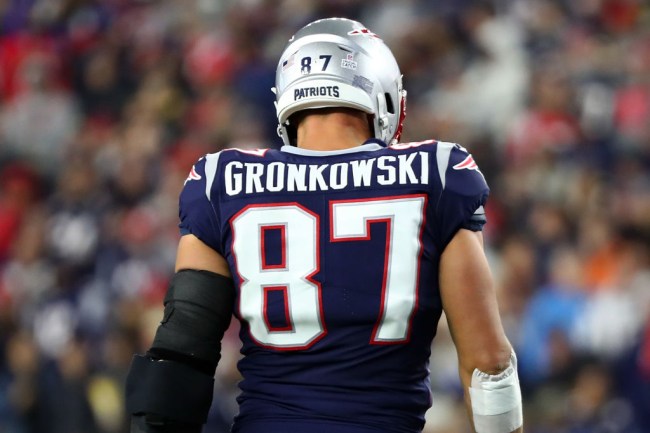 New England Patriots fans are cautiously optimistic as their lovable buffoon and real life transformer Rob Gronkowski will take the field in Week 12 against the New York Jets at MetLife Stadium.

Gronk has missed three of the Patriots’ last four games plagued by back and ankle injuries and it’s become undeniable that the 29-year-old’s longstanding history of injuries has affected his performance on the field. In seven games this season, Gronk has hauled in 29 receptions for under 500 yards and just 1 touchdown. The fact that Gronk is one season removed from an All-Pro season in which he posted 1,000+ receiving yards and 8 touchdowns in just 14 games after undergoing nine surgeries — three on his back, four on his forearm and one each on his ankle and knee — is unfathomable.

Manish Mehta, a New York Jets writer for the New York Daily News, ignited the biggest fears of Patriots fans by writing a scathing (and spiteful) piece about the decline of Rob Gronkowski. I guess when you’re 3-7 and in the basement of the AFC East, these kind of stories are appealing to opposing team’s journalists.

I will admit, the back page is pretty funny.

The piece doesn’t mince words when talking about the current state of Gronk.

If you love football, you want to remember Rob Gronkowski the way that he should be remembered: Strong, powerful and leaping tall buildings in a single bound.

Alas, that Gronk is gone, replaced by this prideful wobbly 6-6, 268-pound dude plodding along like some tip-calculator-carrying resident of Del Boca Vista. His body is 29 going on 92. Watching him run around on the few fall Sundays that he’s actually available is cringe-worthy stuff.

Patriots fans were less than impressed.

@NESN who the hell is Manish Mehta and what are you.doing putting some dork from the NY Daily News who belongs judging cupcakes at a grade school on BOSTON SPORTS television.

Now NESN is reporting what Manish Mehta, the propaganda arm of the NY Jets, is saying. Like he has any credibility.

Too much of NESN's content is pointing to dumb things said by people either with agendas or without intelligent thought. Why are you feeding the trolls?

I love this. Manish Mehta is one of the biggest hackjobs in America so Gronk will undoubtedly shove it down his throat on Sunday. https://t.co/NzrifTfYn0

so basically gronk will have 150 yards and 3 tds on sunday. Thanks

Journalists need to have their hands held to the fire. If Gronk scores multiple touchdowns Sunday, Mehta should have to try to tackle Gronk in the open field. It’s only fair.