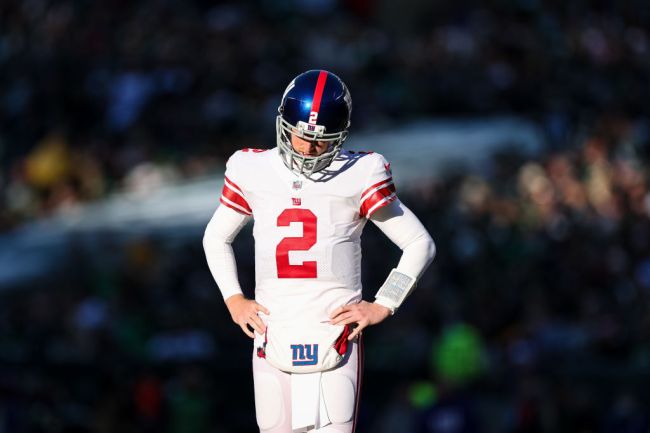 Dave Gettleman is ending his reign as Giants GM in embarrassing fashion.

According to NFL Network’s Ian Rapoport, the Giants and Gettleman will part ways after the team’s game on Sunday following a disappointing season.

General manager Dave Gettleman, who has run the team’s personnel department since 2018, is unlikely to return in 2022, sources with knowledge of the situation and those with deep knowledge of the league say. With two first-round picks in the next draft and a critical offseason ahead, don’t be surprised if there is another voice making the final call alongside head coach Joe Judge.

Gettleman, who will be 71 next season, may end up walking away himself and into retirement.

In his final act as team GM, Gettleman somehow ran out of cap space and will not field a 53-man roster in the team’s last game of the season.

Giants won't carry a full 53-man roster into tomorrow's game. They have $279,392 of cap space according to NFLPA public cap report so they wouldn't be able to do so anyway.