Updated: The Oakland Raiders Could Get Petty And Prevent Antonio Brown From Joining Another Team This Season After He Asked For Release 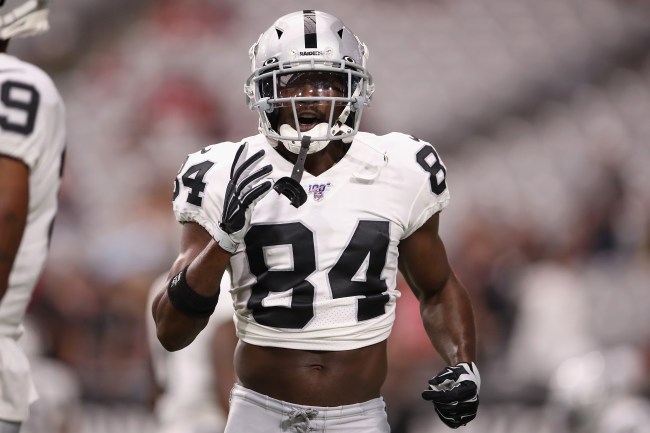 Update: The Oakland Raiders decided to release Antonio Brown and he is now a free agent.

It seems like the Oakland Raiders have opted to go nuclear with Antonio Brown.

Last night the team decided to void the $29 million in guaranteed money in Antonio Brown’s contract when they fined him for his latest incident with GM Mike Mayock.

By fining Brown, the Raiders voided the $29.125 million worth of guaranteed money in his deal, sources told Schefter.

In addition, the Raiders sent Brown a letter that he no longer will be entitled to termination pay in the event that they release him, sources told Schefter.

Brown, who is extremely angry that the team voided his guaranteed money, asked for his release this morning in an Instagram post.

I just got an email from Antonio Brown. He tells me the team “took away my guarantees.” He added there’s “no way I play after they took that and made my contract week to week.” So at this moment, once again, don’t expect AB to play on Monday Night Football.

I have worked my whole life to prove that the system is blind to see talent like mines.Now that everyone sees it, they want me to conform to that same system that has failed me all those years. “I’m not mad at anyone. I’m just asking for the freedom to prove them all wrong.” Release me @raiders #NOMore #theyputblindersonahorseforareason #NoMoreFake

If Brown refuses to return to the team, they could put him on the reserve/ left squad list and shut him down for the season.

As the Raiders try to figure out what to do with Antonio Brown, the player seems to be walking right into the team’s nuclear option.

The Raiders eventually may be able to put Brown on the reserve/left squad list, if he leaves the team and refuses return after receiving the so-called “five-day letter.” If that happens, Brown gets shut down for the season, and he can’t go play for another team

So yeah, there’s no chance Antonio Brown is playing for the Patriots this season.