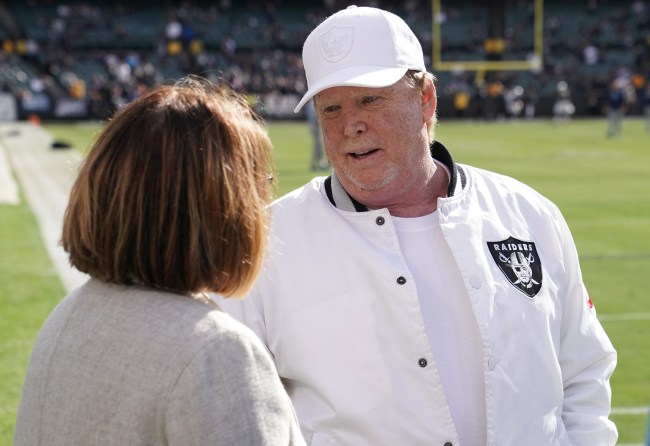 Oakland Raiders owner Mark Davis sure doesn’t seem like he’ll miss the diehard fans that packed the team’s stadium each and every home game. How do I know? Because, following his team’s loss to the Jacksonville Jaguars the other day — the last home game in Oakland before the franchise relocates to Las Vegas next season — he all but blew them off in a postgame interview when asked about his feelings now that the team’s moving.

Talking on the field with a reporter, the Oakland Raiders owner sure didn’t mince words about his feelings on the team’s time in the Bay Area, pretty much taking a giant dump on the (sometimes) over-the-top fans. Just look at what Mark Davis said below, which is one of the most heartless jabs I’ve ever witnessed from an owner about his own fanbase.

#Raiders fans deserve more than this from an owner. Sad. pic.twitter.com/KdECPMbIOr

As someone who lived through the Cleveland Browns relocating to Baltimore to become the Ravens in the mid-90s, I remember then Browns owner Art Modell being a real piece of shit towards our fanbase, nonchalantly and arrogantly pushing aside any emotional attachment from supporters. But Mark Davis’ comments (or lack thereof) about his Oakland Raiders fans is right up there, as he sheepishly tosses his team’s fans aside — and it’s a sad sight.

Can't even come up with literally anything to say…pathetic. What a joke.

There's absolutely nothing that man could have said right there which would've endeared him to Oakland locals. Nothing.

He is very well spoken, what an owner.

It’s not going to matter either way. He will run the team into the ground if it’s in Oakland or LV. We as Oakland fans have deserved better for a long , long time.Its painful to say but only way to change things is by hitting em in the wallet by not giving the team your money .

The Oakland Raiders have been pathetic for a long time, and, while that’s not all on Mark Davis, as the owner of the franchise, he should be the one to blame for the mess that the once proud organization has become. And when you consider fans in The Black Hole packed a crappy stadium every weekend to support a product on the field that lacked discipline and talent, among other things, the fact that he brushed off those memories with zero emotion proves the guy is absolutely heartless. Raiders fans really did deserve better.