Odell Beckham Jr. Reportedly Spends $1.8 Million On New Teeth, Flexes On Everyone By Putting Diamonds In The Back Of His Mouth 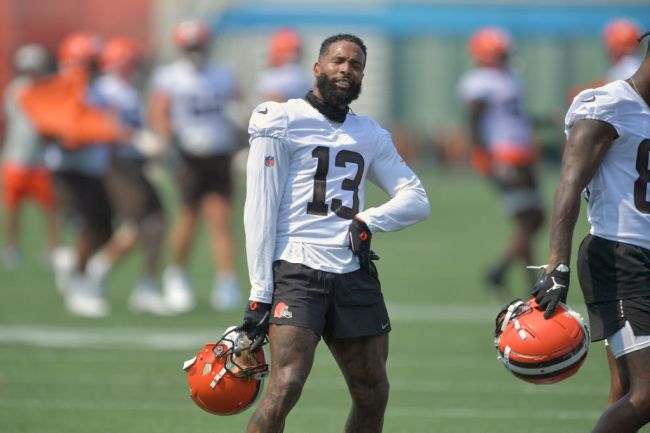 Odell Beckham Jr.’s dental work costs much more than mine and yours.

OBJ is now the proud owner of a new smile that cost him nearly $2 million, which is about one-seventh of his annual salary.

According to TMZ Sports, the Browns wideout spent $1.8 million for his new-look smile. He didn’t just go with natural porcelain veneers either, OBJ had to frame them with 13-carat diamonds. Because why not, right?

Dr. Thomas Connelly, who has worked on the mouths of Post Malone and Chris Brown, among other celebrities, was the man behind Beckham’s 28-unit full mouth reconstruction.

As for the diamonds, OBJ went the subtle route placing them toward the back of his mouth. It seems odd to put diamonds in the back of the mouth where you do the majority of your chewing, but when you’ve got that kind of money I suppose it doesn’t matter.

https://t.co/nNvTJ1FHsT Next time you see Odell Beckham, ask him to smile … and you'll witness a $1.8 million dollar grin!!!

At least if (when) the Browns have a disappointing season this year OBJ will look good in pictures, that’s what counts.