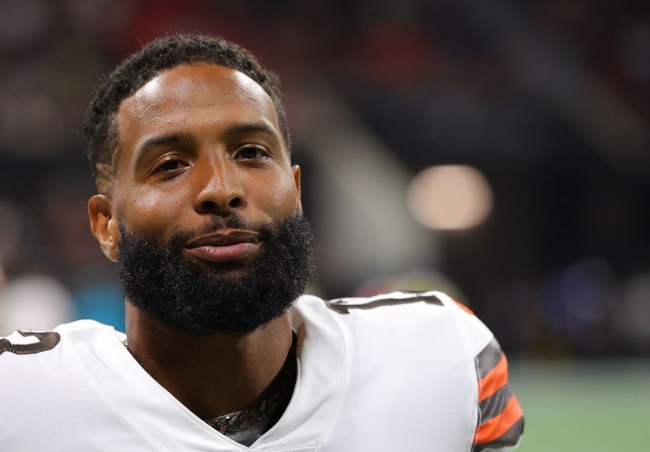 Odell Beckham Jr. started his journey in New York, made a quick stop in Cleveland, and has now landed on the West Coast with the Los Angeles Rams.

Plenty of teams, including the Chiefs, Packers, and Saints, were rumored to be interested in signing OBJ after the Browns kicked him out of practice and waived him from the team, but ultimately he chose to sign a deal with LA.

The Rams have agreed to terms with WR @obj. pic.twitter.com/AX6vM4mWXw

It’ll be interesting to see how OBJ fits into the Rams’ rather loaded wide receiver room. Cooper Kupp leads the charge with over 1,000 yards receiving on the year while Robert Woods and Van Jefferson have been popular targets for QB Matthew Stafford as well.

Speaking of Stafford, what a change of scenery he’s been gifted in LA. After spending his full career with the lowly Lions he’s now living the LA life and just added another weapon to his loaded artillery with OBJ.

NFL fans were surprised by the news of OBJ landing with the Rams and recognized that this LA team is officially all-in on winning a Super Bowl this season:

didn't see that one coming pic.twitter.com/rKdRjKgbtf

If the Rams can't win the Superbowl with this team…..

Rams building a super team on offense so they can still kick field goals on 4th and 2 and lose to Brady in the NFC Championship https://t.co/hWNQiAt7MI