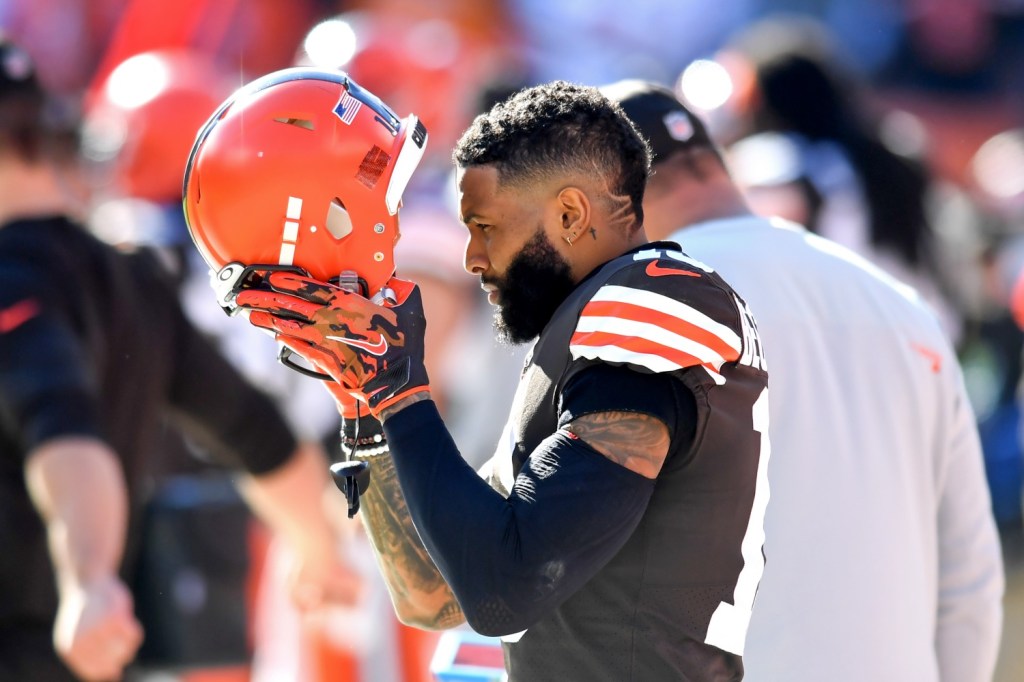 Odell Beckham Jr. has officially been released by the Cleveland Browns and NFL teams are free to claim his contract off of waivers. Now teams will roll the dice on whether to try and claim him.

OBJ has made it publicly known that he only wants to be claimed by a team in NFL Playoffs contention. Specifically, he was looking to go to an NFC contender according to recent rumors.

The list of teams where Odell Beckham Jr. wanted to play has been relatively unclear until now but ESPN’s Dianna Russini tweeted a list of three teams this morning that are supposedly Odell’s short list. The list is comprised of two NFC teams and one AFC team. And I can’t really see how any of these three teams actually need (or would want) OBJ.

On the day in which he could make his final decision, free-agent WR Odell Beckham Jr. is honing in on the Chiefs, Packers and Saints, per league sources.

First off, it would be absolutely incredible if OBJ went to the Green Bay Packers in the mids of all this Aaron Rodgers drama. It already seems to be public knowledge that Odell Beckham Jr. was toxic for the Cleveland Browns locker room so bringing him into Green Bay would make for some incredible stories.

Twitter has some quick reactions to the OBJ news.

Hey @obj, we don’t have a Jackson Mahomes in Green Bay. Just something to consider.

Should be an easy decision. One elite QB out of those 3. Trevor Siemian

All the Seahawks graphic designers who were posting jersey pics pic.twitter.com/OdGLYwd0ie

odell on the sideline as a chief when their defense gives up another 6 pic.twitter.com/DxNqOFBg6W

All three teams would make reasonable destinations for Odell Beckham Jr. to play. They are all contenders, they all have high-powered offenses, but I’m failing to see how any of those teams actually need OBJ at this point.

The Kansas City offense is struggling but OBJ won’t fix that. Green Bay is great when Aaron Rodgers is playing. New Orleans just beat the reigning Super Bowl champion Tampa Bay Buccaneers. What is it exactly that Odell Beckham Jr. thinks he brings to the table with any of these teams when they’re all really good without him?

This is a diva who wore a $189,000 Richard Mille watch (and later a $2 million watch) to a game knowing he would get fined and doing it just for the attention. Who wants distractinos like that on their team?