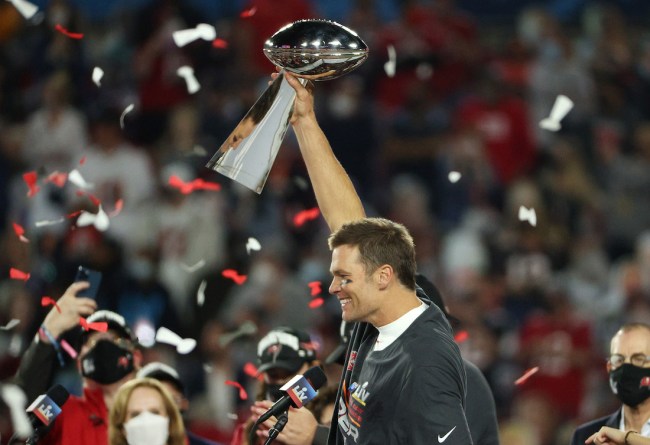 Tom Brady’s journey of becoming the greatest quarterback in the history of football is well known by everyone by now. At this point, you could ask a toddler who the best to ever do it was and they’d say Brady. The word ‘GOAT’ gets tossed around far too often, but there’s no denying that he’s the greatest to ever throw a football.

It goes without saying that one player winning seven Super Bowls is highly improbable, the fact he’s 7-3 in the big game is mindblowing, but just how improbable is hoisting the Lombardi Trophy seven times?

Yahoo Sports did some number crunching and put into perspective just how heavily the odds are stacked against someone winning seven Super Bowls.

The observed probably is 1 in 26,683, which is the number of football players in Pro Football Reference’s database. When it comes to the theoretical probability, that number is a mind-boggling 1 in 51.8 million. If you need to see that in percentage form, it’s 0.0000019%.

Brady has spent 21 seasons in the league, so looking at the probabilities of another player doing it in that same time frame, the chances move to 0.00023%.

Abraham Wyner, a professor at Penn’s School of Business, asked ‘if we played another 55 NFL seasons, how likely is it that at least one more player will win seven Super Bowl?’

Wyner used two methods to try to calculate the numbers and one estimate yielded a 15 in 100,000 chance and the other yielded 5 in 100,000. Long story short, it’s extremely unlikely we ever see another player win seven Super Bowls.