Odell Beckham Jr. And Drake Are Being Sued By A Man Who Says They Ordered His Beatdown At A Club 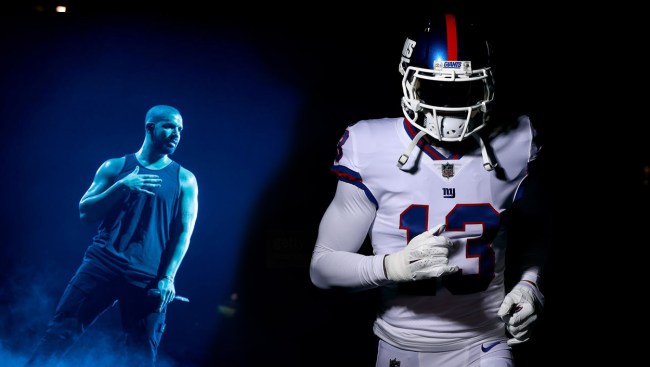 Back in August of 2018, Odell Beckham Jr. and Drake were caught on camera watching their pal, and Kourtney Kardshian’s ex, Younes Bendjima, beat the hell out of a man, Bennett Sipes, outside Delilah restaurant in West Hollywood.

The beating, which took place around 2:30 in the morning (nothing good ever happens after midnight), left the victim badly beaten, resulting in him still being in physical therapy months after the attack, according to his lawyer.

Sipes’ lawyer, Colin Jones at the Wilshire Law Firm, tells TMZ … he learned from speaking to his client and witnesses that his client’s girlfriend — famed Instagram model Sommer Ray — was hanging in the VIP section of the club during the evening, chatting with Odell. Toward the end of the night, Sipes — who was an employee of Delilah, but not working that night — went to the VIP section to get his GF, and Odell was none too pleased.

What happened next is unclear. It seems words were exchanged, but it did not get physical. Cut to around 2:30 AM, when Drake, Odell and their crews left through the back door. That’s when Sipes appeared, said something, and Younes unleashed a barrage of punches, and was joined by another man.

Attorney Jones believes the other man who began punching was a member of either Drake’s or Odell’s security team, which would make them responsible for what the guy did.

Fast forward to this week and he has now filed a lawsuit against Beckham, Drake, Bendjima, and the club, Delilah.

Sipes’ attorney — Colin Jones, a partner at the Wilshire Law Firm — tells TMZ, “We gave the defendant’s months to settle this claim without litigation, but when they failed to be accountable for their actions, we were left with no choice but to file suit to seek justice for our client.”

Sipes claims in the lawsuit there was a confrontation inside the club and when he tried to leave the VIP area he claims Drake gave the “throat slash” hand gesture, leading to the attack by Bendjima and members of Drake and Beckham’s entourage.

That Drake… such a ruffian.

Check out video of the beating below…