Odell Beckham Jr. Had The Perfect Response About His Feud With Gregg Williams After MNF Game 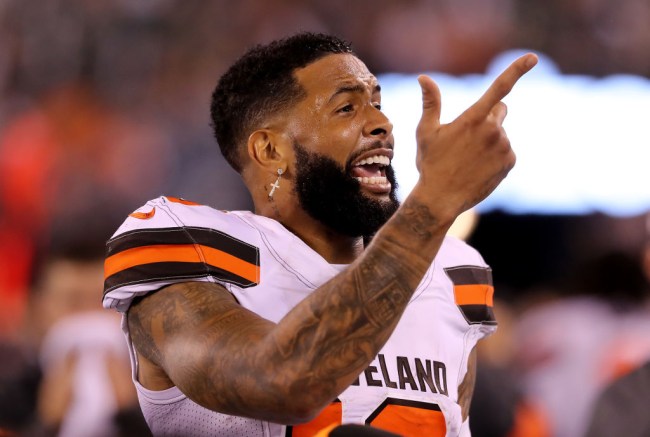 Last week, Odell Beckham Jr. caused quite a stir when he accused Gregg Williams—the defensive coordinator for the Jets (at least for the time being)—of ordering players to take him out during a preseason game a couple of years ago in which the wide receiver was knocked out of the meaningless contest thanks to a fairly questionable tackle.

Beckham said he learned about the alleged mandate from his new teammates after he found himself shipped off the Cleveland in the offseason, where Williams was serving as a coach when he issued the supposed instructions in 2017.

It didn’t take long for Williams to fire back by dropping an “Odell who?” at a press conference before denying the accusations and suggesting Beckham was just looking for attention while adding he doesn’t think the superstar is a “dynamic” player.

On Monday, the two men had the chance to settle their differences when the Browns traveled to MetLife Stadium to face off against the Jets and it’s safe to say Williams took the L, as Beckham had one hell of a night that included an insane catch and an 89-yard touchdown pass to help lead his team to a 23-3 victory.

JUST SOMETHING ABOUT THIS STADIUM @obj pic.twitter.com/e24DuCvKAs

After the game, Beckham stepped up to the podium and fielded a question about his feud with Williams before dropping a “Who?” of his own and saying he was done talking about the issue.

Baker Mayfield was also asked about the matter and was apparently unaware of the drama between Beckham and Williams but made it very clear he thinks his teammate is as dynamic as they come.

Based on how things played out last night, I think it’s hard to disagree.