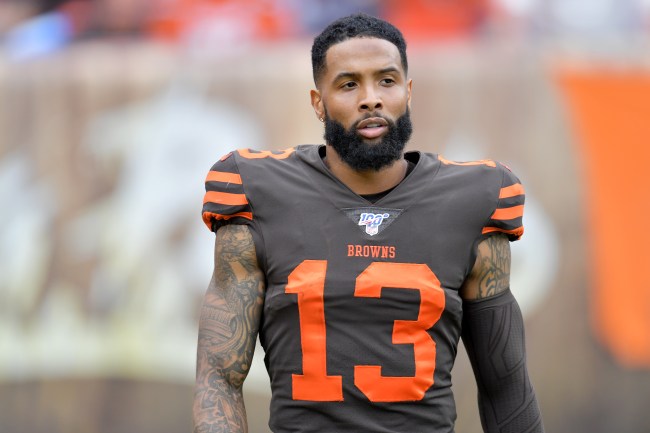 During a preseason game back in 2017, Odell injured his ankle after Browns cornerback Briean Boddy-Calhoun tackled him below the knees.

OBJ took a shot to the knee and headed to the locker room. pic.twitter.com/1ZNTVAeq2h

Beckham was diagnosed with an ankle sprain and decided to come back early that season. Unfortunately, he re-injured the same ankle during week 5 and was forced to sit out the rest of the season. Turns out this might have been all Williams’ fault.

Odell Beckham Jr. appears to have a symdesmotic ligament tear and likely fibula fracture. He’s out for the season via @ProFootballDoc

Today, Beckham spoke the media about how Williams, who used to be the defensive coordinator for the Browns in 2017, ordered his players to “take him out” during the preseason game in 2017 where he initially suffered the ankle injury. This is the same Gregg “If you kill the head, the body will die” Williams.

In preseason nobody in the NFL is really out to do stuff like that, I had players on this team telling me that’s what he was telling them to do, take me out of the game and it’s preseason, you just know who he is, that’s the man calling the plays.

Williams has a long history of being a “dirty” coach. Back in 2012, Williams served a season-long suspension after it revealed that he ran a “bounty fund” during his tenure with the Saints which paid players for delivering big hits to opponents that would result in opposing players leaving the game with injuries.

Williams is set to speak with the media tomorrow and will likely be asked about Beckham’s comments.

#Jets DC Gregg Williams will talk to the media tomorrow