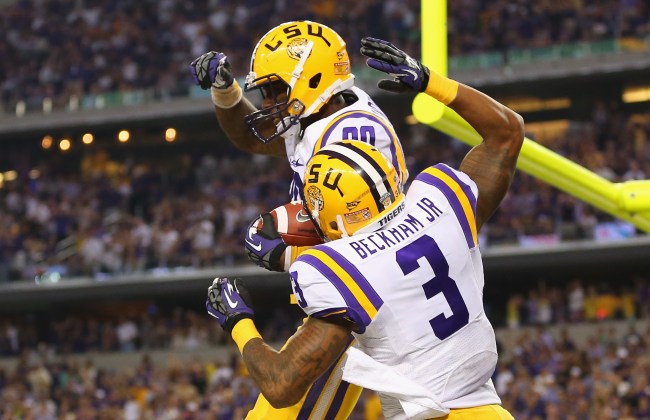 When Odell Beckham Jr. was traded to the Cleveland Browns recently, the entire NFL world was shocked. After all, not too many people would think that going from New York City to Cleveland would be a good move — especially in entertainment — but, hey, if LeBron James can be a global icon from Northeastern Ohio, then maybe other guys like OBJ can, too.

While everyone was amazed that the Browns basically “stole” Odell from the New York Giants, another storyline was that the superstar wideout would be rejoining his best friend and former LSU Tigers teammate Jarvis Landry, who finished his first season in Cleveland last year. Inspired by that relationship, Nike decided to release its latest ad to showcase just how close the two Pro Bowlers are, releasing an spot called “Shared Dream” today. Take a look at it below.

This is so awesome, and, yes, part of the reason I think it’s hype AF is because I’m a lifelong and diehard Browns fan — but, hey, I think you bros can appreciate it, too. It shows that, no matter how big your dreams might be with a buddy, it can come to fruition by sheer luck. I guarantee if you asked Odell Beckham Jr. if he would have preferred to play alongside Landry in Cleveland just last month, he would have privately laughed that off and said no. Yet here they are, together again, playing for the Dawg Pound.

The Nike spot comes on the day that Odell Beckham Jr. was officially introduced to the media as a member of the Browns, with him, Landry, Baker Mayfield and Myles Garrett answering questions from media members during a news conference. Basically, as I posted on Instagram, it’s Cleveland’s version of The Beatles.

The new Beatles have arrived in Cleveland. #LFG #Browns

Whether you’re a Cleveland Browns fan or not, the team is suddenly the darlings of the NFL, making headlines like never before. So it’ll be interesting to see how this all goes down.