Odell Beckham Jr. Teases Gambling On ‘Next Team Odds’ As He Recovers From Knee Injury 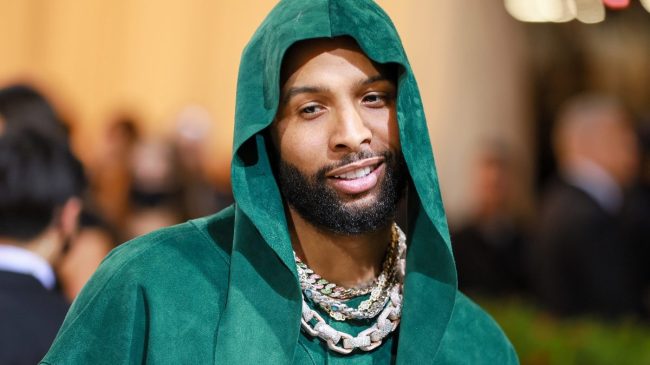 Odell Beckham Jr. is due back from injury in late October to early November. It’ll be interesting to see how his free agency period will play out. Especially considering there will be multiple playoff contenders interested in signing him. With that in mind, it sounds like the superstar wide receiver had something to say about the odds of which NFL team will sign him.

Odell Beckham Jr. Jokingly Claims He Wants To Gamble On ‘Next Team Odds’

According to Pickswise, the Los Angeles Chargers are the current favorite to sign Beckham. The other six teams that may have a real shot at signing the star wideout are the Buffalo Bills, LA Rams, Tampa Bay Buccaneers, Green Bay Packers, Kansas City Chiefs, and New York Giants.

Regardless, Odell Beckham Jr. Hilariously teases the idea of placing a bet on who will sign him. He smartly began his tweet by stating it’s hypothetical. However, you can clearly tell Beckham is joking about gambling on himself in this situation.

Odell chimes in on his hypothetical next team odds 👀 pic.twitter.com/j1xPJeo4n8

Besides, we all saw what happened to Calvin Ridley from just playing DraftKings. Either way, it’s surprising to see the Chargers as the favorite right now to sign the veteran wide receiver. Even so, Keenan Allen is struggling with injuries so far this season and Los Angeles could use Odell Beckham Jr. in the passing game.

Keep an eye on Beckham, as he’s due to return from injury soon. It’s unclear who will sign him right now, but there will surely be an arms race once he’s healthy.