Odell Beckham Jr. Shares What Team He Wants To Play For Next Season 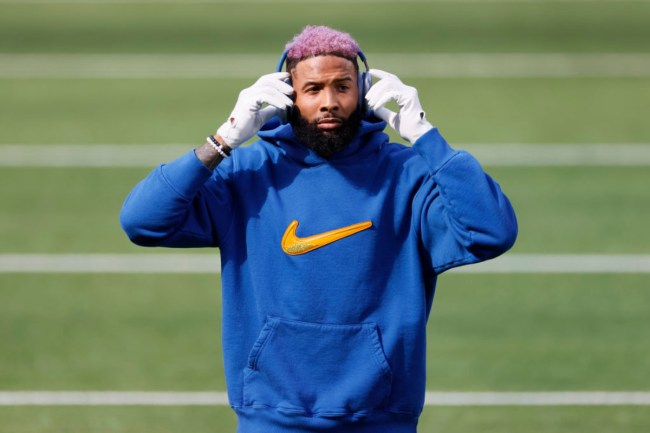 The 2022 NFL season begins less than 120 days from now and Odell Beckham Jr. is still searching for a team. He made it abundantly clear which franchise he’d like to play for next season making it sound like all he’s waiting for is an official offer.

OBJ responded to a tweet he was tagged in late Wednesday night explaining that he absolutely wants to return to the Los Angeles Rams. The wide receiver said that the Rams know that, but that he “just can’t play for free.”

They kno whwre I wanna be 😂😂 just can’t play for free !

Beckham Jr. was a big-time contributor for the Rams when he arrived in L.A. from Cleveland last season. In eight games he hauled in 27 catches for 305 yards and five touchdowns in the regular season. He managed to secure another two TDs in the playoffs, which included a touchdown in the Rams’ Super Bowl win over the Cincinnati Bengals.

OBJ suffered a torn ACL in the Super Bowl, which adds some questions to what exactly he can bring to the table next season given his ongoing rehab process, but he clearly thinks he can help the Rams on their quest to defend their title.

It helps that Rams QB Matthew Stafford wants OBJ back in L.A. as well.

“I’ve been in contact with him, both checking on his knee, his new addition to his family, and just letting him know that we’d love to still have him,” Stafford told ESPN in April. “It was an unbelievable blessing to get the chance to play with a talented player like that and honestly, such a great teammate.”

It’s obvious that Stafford and OBJ have a strong connection both on and off the football field.