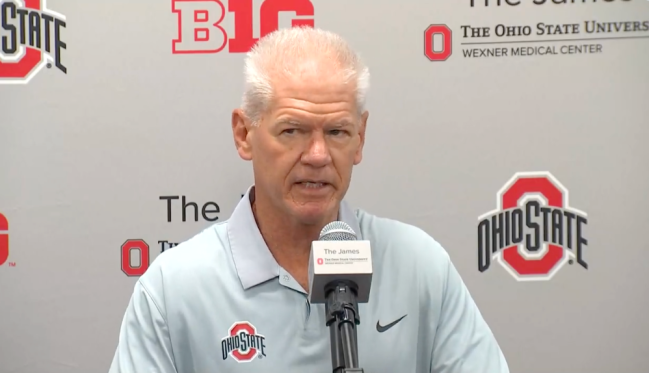 Ohio State’s defense got off to a very poor start this season allowing 66 points through two games, which included a loss at home to Oregon in which the Ducks put up 35 points. This led to harsh criticism of defensive coordinator Kerry Coombs, and ultimately his demotion from his playcalling duties.

Head coach Ryan Day handed the defensive playcalling duties to his secondary coach, Matt Barnes, following the Buckeyes’ loss to Oregon. While Coombs admitted that the change was the “hardest stretch of my professional career” he quickly got over it.

Instead of succumbing to the adversity, he looked it straight in the eye and owned it.

Earlier this week Coombs spoke to the media about the adversity he and the Buckeyes have faced this year and delivered one of the more powerful messages you’ll ever hear from a coach.

Earlier this season, Kerry Coombs lost play-calling duties at Ohio State. He called it the "hardest stretch of my professional career." Today, he gave a sermon on dealing with adversity, which should be seen by every college athlete. pic.twitter.com/8NEDLCz7X2

“Don’t accept criticism from someone you wouldn’t accept advice from,” Coombs said in part. “If you’re not willing to stand up and do the same thing then you’re a lier to all those people along life’s journey.”

That, my friends, is the good stuff.