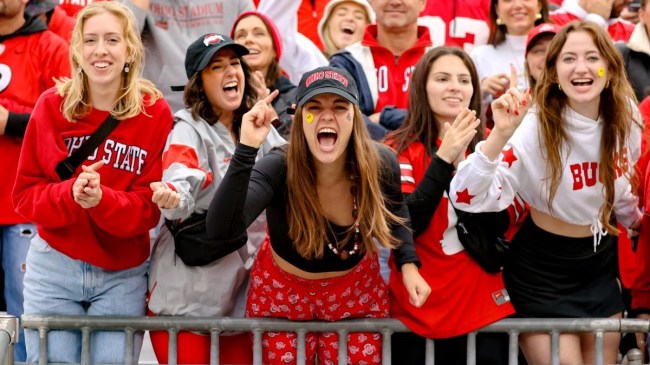 Ohio State football fans live a charmed life. The Buckeyes are one of the nation’s predominant powers and have been for the better part of eight decades. So when things start to go even the slightest awry, Buckeyes fans can be a bit touchy.

That was the scene on Saturday as No. 2 Ohio State traveled to Happy Valley to take on 13th-ranked Penn State.

The Buckeyes have absolutely demolished just about everyone put in front of them since their Week 1 victory over Notre Dame. It appeared this week would be no different early on.

But things began to swing in the Nittany Lions’ direction in the second quarter.

The momentum shift began with a 58-yard touchdown from junior wide receiver Parker Washington. Penn State then took the lead on a 23-yeard strike from Clifford to KeAndre Lambert-Smith.

It appeared the Buckeyes would retake the lead late in the half, but Heisman Trophy candidate quarterback CJ Stroud took a sack and fumbled the ball as time expired.

Penn State enters the half with a 1-point lead 🔥 pic.twitter.com/GsbpOOdN0n

Rather than taking either a 20-14 or 16-14 lead, Ohio State entered the half trailing by one measly point, 14-13. That was enough to make Buckeyes fans completely lose their minds.

Panic time! #OhioState is down 14-10 in the second quarter. Ryan Day is to blame! #MeltdownAlert pic.twitter.com/XHTMZ1pYty

If anyone else wants Ryan Day and CJ Stroud come and get them. #OhioState fans are done with them. pic.twitter.com/hvPAmrEhwQ

It must be difficult to win so much every year.