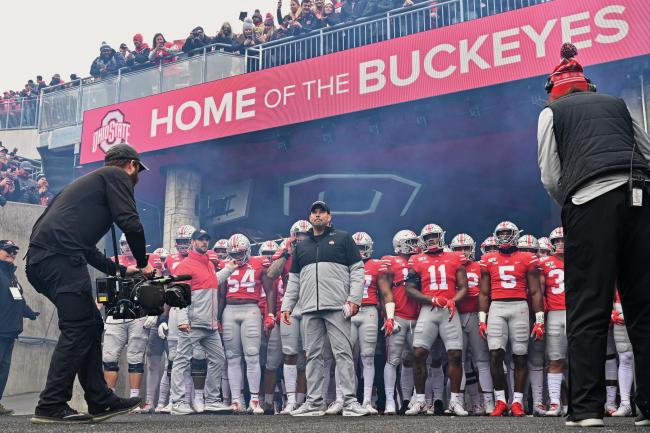 It’s widely believed that Clemson’s defense has been stealing signs for quite some time. Many coaches around college football have come out and accused the Tigers of stealing their team’s signs in a legal manner and now Ohio State head coach Ryan Day has appeared to have joined that group.

During a press conference with reporters on Monday, Day had high praise for Clemson defensive coordinator Bren Venables, but couldn’t help from insinuating that his team steals signs during games.

“He seems to always know exactly what the other team is doing… why that is I don’t really know,” Day said, according to 247 Sports. “But I can tell you he’s been doing it for a long time.”

While the idea of Clemson stealing signs may paint the program in a bad light, head coach Dabo Swinney doesn’t care too much about that, he practically admitted that his team steals signs prior to the 2017 season.

“You’re in a competition. You’re competing and you want to get every edge that you can,” Swinney told the Raleigh News & Observer. “If you have an opponent who’s basically screaming out, ‘Hey, we’re running the ball,’ well, that’s an advantage.”

Some opposing coaches are clearly upset about Clemson’s tactics on the defensive side of the ball, but if the Tigers continue to steal signs legally, the complaining isn’t going to do a whole lot.

Ohio State and Clemson will meet up on New Year’s Day in the College Football Playoff semifinals and neither side is lacking in the bulletin board material department. The Buckeyes have now taken their shot at Clemson while Dabo Swinney took his shot at Ohio State after ranking OSU 11th in his final coach’s poll.