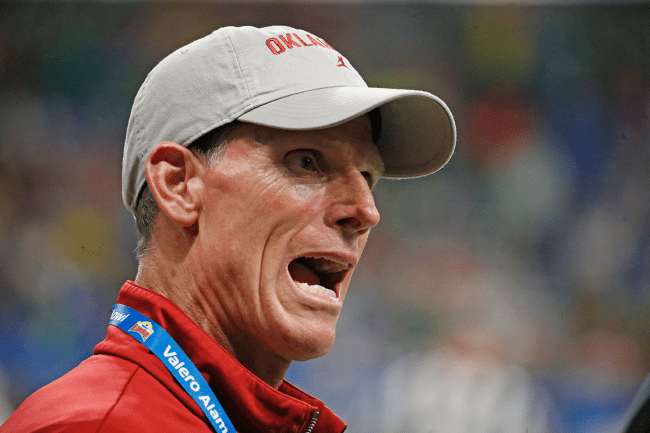 When Lincoln Riley left Oklahoma for USC, bringing in Brent Venables as his replacement was a no-brainer. The 51-year-old spent time with the Sooners from 1999 to 2011 and is considered one of the best defensive minds in the sport.

Venables had been the Associate Head Coach at Clemson since 2018, but has never been a head coach. That is not at all a concern during spring practice thus far. The team loves him already.

Although Oklahoma will have a lot of questions to answer during spring ball and summer practices before the fall season, the Sooners are in a great position to continue their momentum. By hiring Venables, the team did not skip a beat.

In fact, based on early looks from Norman, there may have been upgrade in energy. Venables, who is known for going full-throttle at all times, needed his own get-back coach to keep him off of the sidelines during games at Clemson.

He is an absolute lunatic in the best way possible, which is exactly the type of guy you want as a head coach— hard-nosed, all-business, all-out.

A recent clip from Oklahoma’s spring practice gives a great look into Venables’ coaching style and his energy. He looks like a guy who has just crushed an entire case of Red Bull before taking the field, but that’s just how he is naturally.

As the team warmed up around him, Venables joined right in with them and was beyond pumped-up. Take a look:

Brent Venables does not lack energy. This was during stretching BTW 😂 #Sooners pic.twitter.com/iLxxDE5llR

How could you not want to play for that guy?