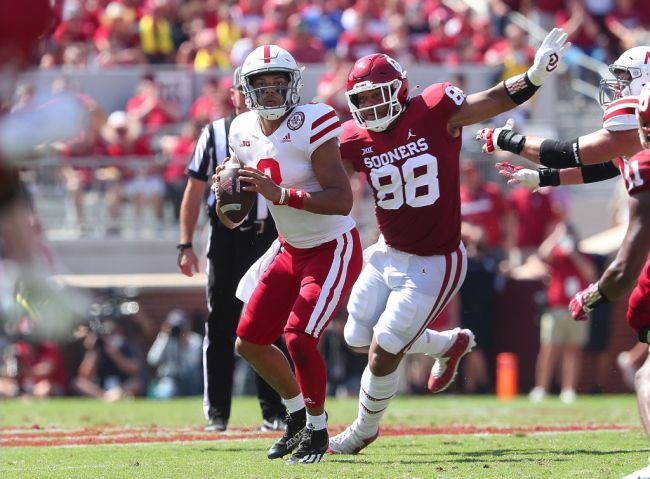 Oklahoma cornerback D.J. Graham made the best worst play of the year. Let me explain.

During the fourth quarter of Saturday’s game, Nebraska faced a 4th-and-18 from the 24-yard-line. Down 23-9, it was essentially the ballgame.

Quarterback Adrian Martinez dropped back, escaped pressure in the pocket and rolled to his right. Before setting his feat, he made an ill-advised throw down the sideline toward his receiver in double coverage.

On the defensive side, Graham went full-extension and laid out to pull down the CRAZY interception. It was truly incredible.

In the booth, just one quarter after going bonkers for a blocked extra point run back, Gus Johnson proceeded to have his mind blown by the pick. There is no better person to have on the call for insane plays like the one Graham made than Johnson.

PICKED OFF!@OU_Football's defense comes up with an incredible INT! pic.twitter.com/sKFUa8167A

The interception was remarkable. It saved any chance of the Sooners being upset and is undoubtedly the best athletic feat of the year so far.

However, because Graham held on to the interception, the play resulted in a net loss of 20 yards for Oklahoma. Had the sophomore defensive back just knocked down the pass, it would have been first down on the 24 instead of the 4.

The field angle video is just as insane.

What a freaking snag. Graham stands 6-foot-0 and used all 72 inches to pull in the pick.