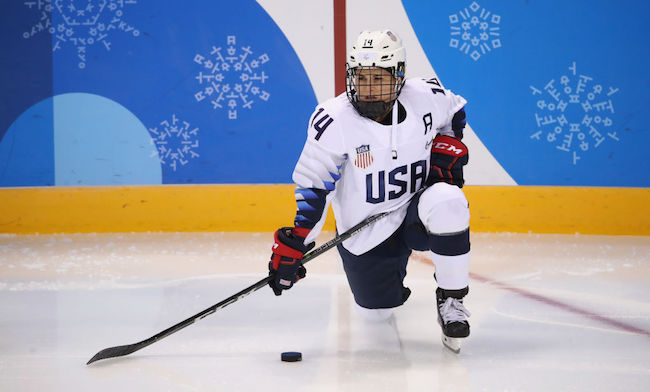 At the Rio Olympics in 2016, Michael Phelps set the internet aflame thanks to the angry face he made while listening to music before the 200m butterfly semifinal while rival Chad le Clos warmed up for the race just a few feet away. We later learned the instantly memeable moment was made possible by a playlist featuring songs by Eminem and Young Jeezy, which got him pumped enough to qualify for the final where he ultimately took home the gold medal.

It should come as no surprise that plenty of Olympians listen to music to amp themselves up before their events, and Time sat down with a number of athletes at this year’s Games to see what they’re pumping through their headphones before their competitions.

Here’s a full list of their tunes of choice:

Figure skater Karen Chen: “Look What You Made Me Do” -Taylor Swift

Freestyler skier Devin Logan: “X Gon’ Give It To Ya” -DMX

Alpine skier Ted Ligety: Nothing -No one

Freestyler Skier Nick Goepper: “I Ain’t Goin’ Out Like That” -Cypress Hill

Hockey player Brianna Decker: Nothing before the game, but Cindy Lauper’s “Girls Just Want To Have Fun”

Sadly, Time wasn’t able to get figure skater and national treasure Adam Rippon to sit down with them, but I like to think he’d go with something by a rapper who talks about Xanax a lot.