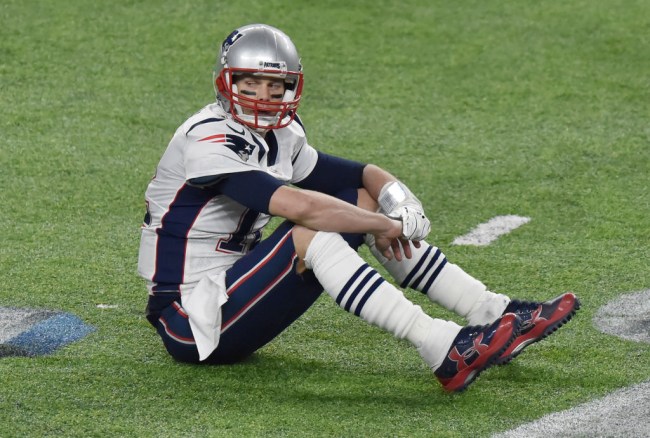 For those who live outside New England, you may be unfamiliar with just how ubiquitous Dunkin’ Donuts is in those six states. I grew up in Massachusetts and the first time I brought Starbucks home, my dad looked at me like I just inked a Jeter tattoo on my forehead.

Aside from being on every other block in Massachusetts, Dunkin’s has a roster of Boston sports greats to rep its brand–David Ortiz and Rob Gronkowski to name a few. Hell, this SNL skit involving a Masshole’s obsession with Dunkin Donuts only went mega-viral because it’s true.

So, as Massholes everywhere have scorched our taste buds in the name of loyalty and in spite of a superior product at Starbucks, the least we could ask is that our loyalty is reciprocated.

That is evidently too much to ask.

A Dunkin’ Donuts in Boston received a shipment of Philadelphia Eagles cups for their coffee, just seven months after New England’s beloved Patriots lost to the Eagles in the Super Bowl.

Dunkin Donuts, which sponsors the Eagles & Patriots, mistakingly sent Eagles champs cups to Massachusetts to the chagrin of angry Patriots fans. The company has apologized for the mixup (via @TSCPolitics) pic.twitter.com/gekv8csDkX

In the wake of the tragedy, Dunkin Donuts released a statement:

“We appreciate our loyal customers for bringing this to our attention, and we are taking steps to ensure all of our local stores are stocked with the correct cups. Go Pats.”

After two decades of loyalty, all we get is a “Go Pats”? Fuck it, I’m getting my morning brew at Pete’s Coffee.