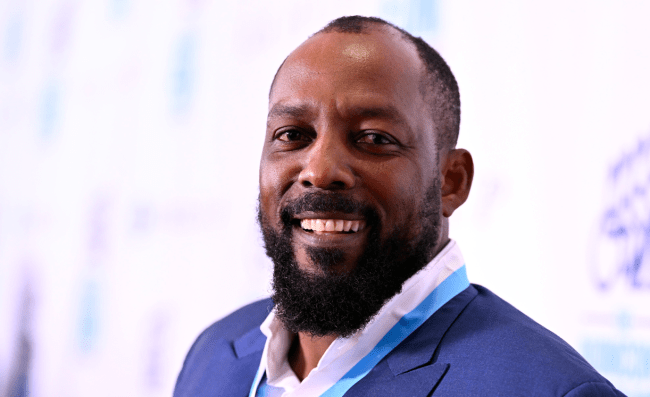 Pablo Guerrero, the 16-year-old brother of Toronto Blue Jays slugger Vladimir Guerrero Jr. and son of nine-time MLB All-Star Vladimir Guerrero Sr., was just signed by the Texas Rangers as an international free agent out of the Dominican Republic.

The announcement of the signing took place on Sunday when the Texas Rangers revealed the names of the 17 international free agents who the team signed during the off-season.

Pablo Guerrero, should he make to the big leagues, will join his father, a Hall of Famer, his brother, and his uncle Wilton Guerrero as the fourth member of the family to play in the Majors.

“A new professional baseball player in the family, congrats to my son Pablo on signing with the Texas Rangers. Let’s keep working hard!” Vlad Sr. wrote in a Twitter post with several photos of his son.

Pablo currently plays third base and outfield, but projects as a first baseman.

Even at 12, Pablo Guerrero had a familiar swing.

Now at 16, he signs with the Texas Rangers.

Vladimir Guerrero Sr. reportedly has nine kids, five of them boys, with five different women, so this might not be the last time we the Guerrero name mentioned as a MLB prospect.

In fact, one of the Vlad’s other sons, Vladi Miguel Guerrero, and his nephew Wilton Guerrero Jr. also might get the call sometime in the next few years and become the fifth and sixth members of the family to sign with a MLB team.

23-year-old Vlad Jr. is well on his way to matching his father’s power numbers after leading the Majors in 2021 with 48 home runs and hitting 32 more last season.

It’s quite a talented baseball family.