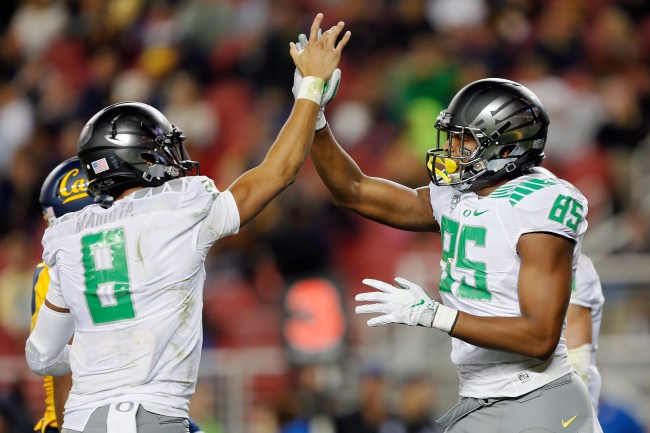 Howie Long-Short: College networks operate on a tiered structure where subscribers within “home markets” pay higher subscription fees than “out of market” subscribers. So, as a network expands distribution and adds out-of-market subs, the average per sub fee will decline. In 2016, P12 signed distribution deals with Dish Network (DISH) and DISH owned Sling TV; a conscious decision to add viewers at the expense of their average subscription fee. One would imagine the average fee would drop even further if the network wereable to work out its long-time impasse with DirecTV and add 37 million households nationwide.

To be fair, P12 has added 7 million subscribers within the last 5 years and the network is on solid financial ground; paying out $2.75 million to each member institution in 2018. Of course, that’s just a small fraction of the estimated $8 million that each SEC and B10 member institution earned, from their respective conference networks, in 2016.

Fan Marino: You can’t buy Pac-12 Networks, as the outlet is wholly owned by the conference’s member institutions, but you can buy shares in both the B10 and SEC. Fox Entertainment Group (FOXA) controls 51% of B10 (Universities own balance) and SEC, is a joint venture between The Walt Disney Company (DIS, 80%) and Hearst Communications.

Upper Income Males Will No Longer Wear Under Armour

Piper Jaffray Companies (PJC) has released results from its 35th semi-annual “Taking Stock with Teens” survey and they indicate that Under Armour (UAA) remains out of favor with Generation Z, “boxed out by resurgent Adidas and retro-category”. The company was the No. 1 label males most often cited as an “old” brand, for the 3rd straight survey; while the company debuted on the list of brands females won’t wear, at No. 10. Footwear sales are struggling, with the brand falling 10 spots to 24th overall; but, perhaps most concerning, UAA has lost the upper-income male demographic. 12% of upper-income males said they would no longer wear the label, compared to just 2% in 2017. Adidas (No. 1 “new” brand for males, No. 2 for females), Vans (highest mindshare for footwear among upper-income females), Supreme (No. 5 “up and coming” male brand) and Champion (moved into Top 10 among upper-income males) were among the survey’s biggest winners.

Howie Long-Short: It been a rough 2 weeks for UAA, or at least their PR team. On March 31st, the company’s fitness app, MyFitnessPal (bought for $475 million), was hacked; resulting in as many as 150 million users having their personal information stolen (though, no payment details were accessed). Then on April 2nd, analysts at Morgan Stanley and Credit Suisse wrote separate notes stating UAA merchandise sales had fallen below 10% of Dick’s Sporting Goods (DKS) total sales and that the company is at risk of being replaced by private labels. Despite all the negative news, share prices have increased 2.5% (to $16.74) since the March 29th close; the last day before this string of negative publicity hit. The company will report Q1 ’18 earnings on April 26th.

Fan Marino: With the share price down 13% YoY and a publicly stated goal to becoming “more operationally efficient”, Under Armour has decided to pass on hosting a hospitality tent at this year’s Preakness Stakes; a traditional day of celebration for the company. They won’t be the only ones sitting this one out. Ticket sales for the event are depressed, down 30% YoY in the infield and 4% YoY “in the building”. Of course, the event drew a record 140,327 fans last year.