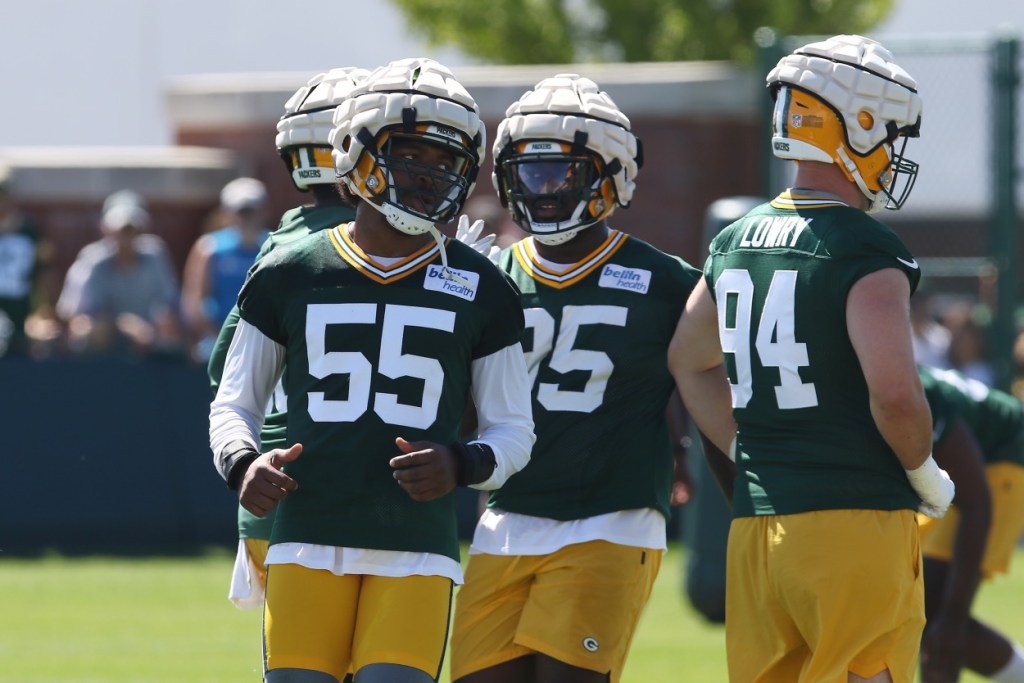 The Green Bay Packers have been insanely fortunate in the quarterback department for decades. They’ve enjoyed 30 straight years of Brett Favre and Aaron Rodgers, two of the most stable and successful quarterbacks in modern NFL history.

Aaron Rodgers is coming off back-to-back MVP seasons, an award he’s now won 4 total times. Brett Favre won the MVP award three times. And with that caliber of talent on game days the Packers have been pretty good at preserving them during practice to minimize injury risk.

Taking things a step further, the Green Bay Packers practically don’t even need quarterbacks at all during practice anymore. They are the first NFL team to test out the new ‘Seeker’ machine. It is being called a ‘JUGS machine on steroids’ and is more sophisticated than NFL teams have ever seen before.

ESPN’s Rob Demovsky got a close up look at the new ‘Seeker’ machine and it is out of this world:

Here’s the future of NFL practices in rapid-fire drills:

Here’s the Seeker in action doing rapid-fire punts set to a specific hang time and distance.

Meanwhile, LB Kirk Olivadotti walked by and said: “This is how the robots are going to win the war.” pic.twitter.com/vV1YicQykl

Green Bay’s the first NFL team to get their hands on a ‘Seeker’ but others have gotten a close look already.

Monarc Sport is the maker of the ‘Seeker’ machine. They joined Kansas Footbal for a practice back in July to test its capabilities:

Maximizing our training through cutting-edge tech 👊

We are excited to welcome @MonarcSport to the #KUfball family with The Seeker, the world's first robotic quarterback, kicker, and punter!

Real talk: there’s a 100% chance the Seeker is a better option than Kansas Football has had at quarterback in the past 25 years. Seriously, take a look at how sophisticated this thing is in action:

A fancy new JUGS machine from @MonarcSport. The Packers are using Monarc on a one-month trial basis and are their first NFL client.

It was just explained to us by a Monarc employee that this computer can release balls for DBs exactly how Kirk Cousins throws them, for example. pic.twitter.com/P6maEWJyG4

Here’s what fans are saying about the future of football throwing machines.

On steroids? Has the league tested it for steroids? How long will it be suspended for do you think?

It actually would be incredible if defenders were able to figure out how to tune these machines up to mimic NFL quarterbacks. I’m sure a few of them are thinking about it already.

Sounds like Amos is going to pick off Cousins week one to me. He knows how fast his 30 yard out route will be

The true test will be if that machine can throw like Uncle Rico.

Someone had to bring Kirk Cousins into the conversation…

Monarc Sport lists Dallas, Texas as its location on the company’s Twitter profile. It’s a bit interesting they’d work with Kansas Football and the Green Bay Packers before teams based around Texas. I’m sure there are more than a handful of reasons why that is. Here’s the Seeker in action a few months ago at their office:

Brett Favre used to think that he had two or three concussions. That is no longer the case. https://t.co/VMn5lf13us