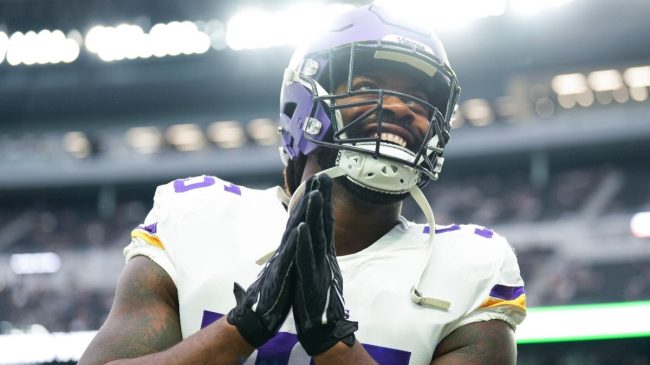 After sustaining an injury last year, the Green Bay Packers played without Za’Darius Smith. They clearly missed his presence on the defensive line, as the sack artist is a major contributor to any defense. However, it sounds like he chose to sign with the Minnesota Vikings as he seeks revenge for how his former club treated him. If that’s the case, the NFC North just got a whole lot more interesting.

According to Tyler Dunne, Smith purposely chose to play for the Vikings so he can face the Packers twice a year. The star pass rusher delivered quite the quote ahead of the season opener.

“I played one year of high school football. For me to be where I’m at today, that’s how you know I love the game. I put my all into it. That’s why I felt the way I did with Green Bay — I gave that shit my all. I put my blood, sweat… I put my back on the f–king line. I put everything. And that Year 3, I was treated bad. That’s why I’m here now. So, I can play them twice a year.”

Woo boy. Sure sounds like the Packers messed up somehow. Za’Darius Smith goes on to explain exactly what transpired last season in Green Bay, per Dunne.

We finally get Za’Darius Smith’s side of the story on what in the hell happened last season in Green Bay, too.

He details everything. It’s a reason he’s now a Viking. https://t.co/095sIcJsH4 pic.twitter.com/q394yPR0WZ

Now, Smith joins forces with Danielle Hunter as the two form a powerful duo on the defensive line. Based on how Za’Darius Smith feels about his former team, the Packers might have their hands full to begin the 2022 season. Keep a close eye on this matchup, as this might give the Vikings the edge they need to finally usurp Green Bay from the NFC North crown.