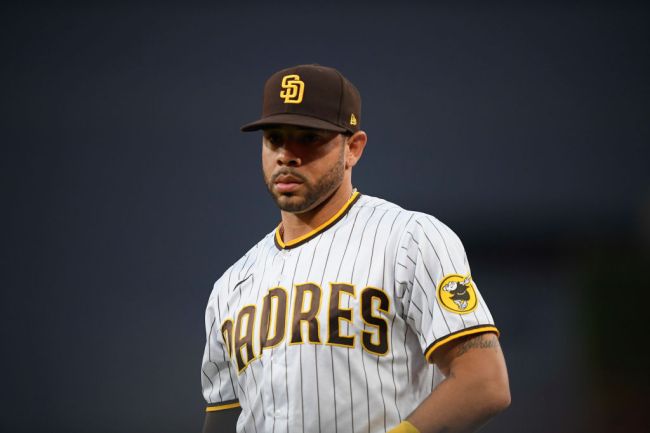 Tommy Pham has reached his boiling point when it comes to hearing it from fans. The Padres’ outfielder, who was stabbed outside of a strip club in October of 2020, recently told the San Diego Tribune that fans have repeatedly taunted him over the incident.

“I need to talk to MLB,” Pham explained. “The vulgarity this year, the gestures, I’ve never seen it at this level. I want to know if this is just because fans have been gone for a year and now they’re back and acting a certain way. That shouldn’t be tolerated.”

Pham shared that it hasn’t just been opposing fans shouting things at him, he’s heard vulgarity during home games in San Diego as well. He explained that he saw a fan after that was taunting him outside of the stadium and confronted him.

“I actually saw a fan who was talking (trash) to me,” Pham said. “I saw him outside the stadium. I said, ‘What’s up? You still want to talk that (trash)?’ He went completely blank. That just shows you people feel entitled.”

Earlier this season during a game in Houston against the Astros, Pham requested that a certain fan be removed from the stadium.

Following Pham’s explanation to the Tribune, MLB issued a statement addressing the situation.

“We will continue to devote resources to emphasizing and enforcing the applicable laws and codes of conduct and providing an enjoyable experience at our ballparks,” the statement read in part.

According to the San Diego Union-Tribune, as Pham was leaving the strip club last Fall, he asked two strangers to move away from his car, and moments later he was stabbed. Cops said that the wound was 12 inches long and 5 inches wide and pierced all three layers of skin but fortunately did not damage any organs.