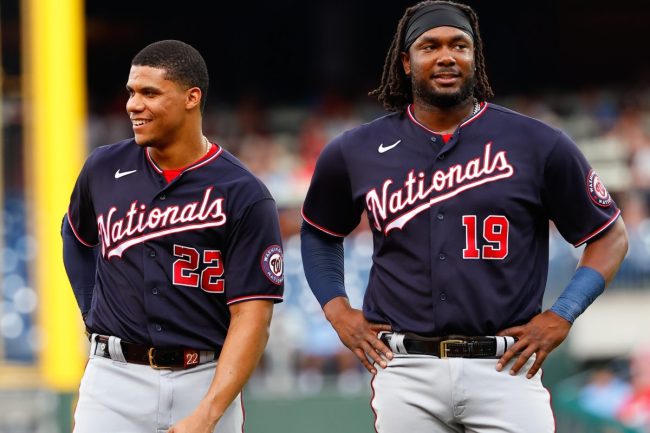 San Diego is looking to make a move that could give them the best lineup in baseball. The Padres are reportedly after a pair of Nationals’ sluggers in Juan Soto and Josh Bell.

The news of San Diego’s interest in Soto has been known. The team has been the perceived frontrunner to land the talented outfielder, battling with the Cardinals and Dodgers. But the reports on Bell have to have Padres fans believing they’re serious about landing their first World Series ring.

Barry Svrluga, a columnist at the Washington Post, first broke the news of a potential trade for Bell with the following tweet.

“As the trade deadline approaches, there is a growing sense that the Padres are the most likely landing spot for Juan Soto — and, in a twist, perhaps Josh Bell too. Multiple people have heard there’s momentum in those talks.”

Not only are the Padres the most likely team to land Soto, but they could snag another bat in the process. Nabbing both Bell and Soto would provide even more pop in an order that’s soon to have Fernando Tatis and Wil Myers back. And don’t forget about Manny Machado.

Soto and Bell have combined to hit 35 home runs this year. Bell is a .300 hitter while Soto has never recorded an on-base percentage below .400 as a pro.

These late season additions could just give San Diego the most potent lineup in baseball, and it has Padres fans excited.

Padres fans are pumped about the thought of adding both Soto and Bell. It shows that San Diego is serious about making a run, and it would certainly make them a dangerous team to face in the postseason.

They become the World Series favorite if this happens….

That's a better lineup in the NL All Stars

The trade deadline continues to near. We’ll see if this blockbuster deal comes to fruition.