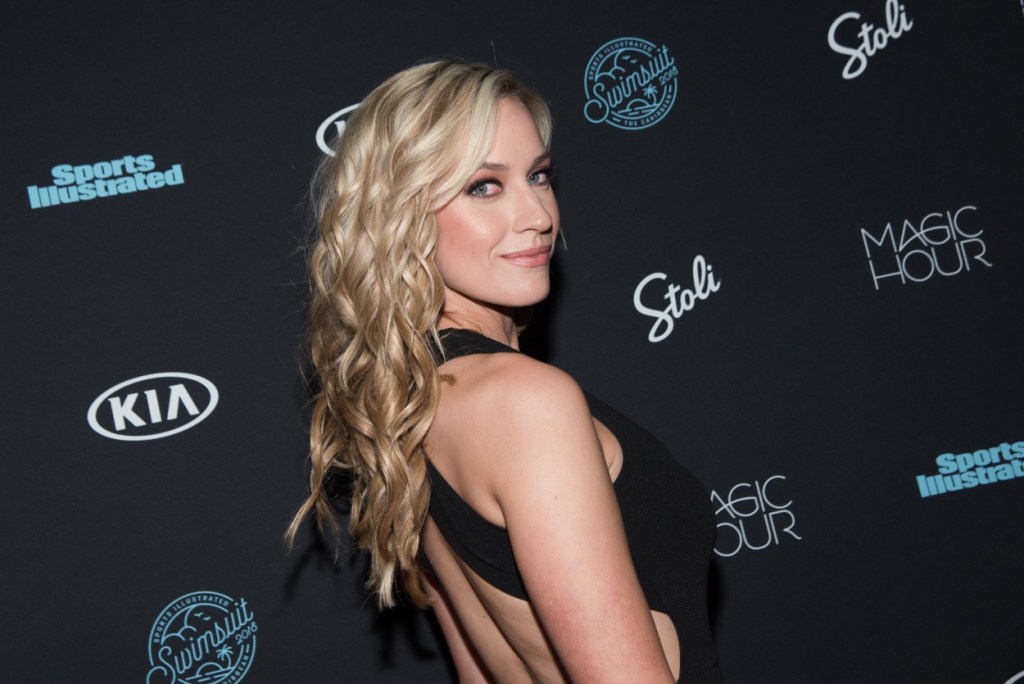 The San Diego Padres will be without their 23-year-old star shortstop Fernando Tatis Jr. for 80 games after he failed the league’s performance-enhancing drug policy. Tatis failed his PED test after the anabolic steroid Clostebol was found in his system.

Shortly after it was announced that Fernando Tatis Jr. tested positive for the banned substance, the MLBPA issued a statement on behalf of the player. It stated that he ‘inadvertently took a medication to treat ringworm that contained Clostebol.’ Paige Spiranac isn’t buying that excuse.

In a rant shared on Paige Spiranac’s Twitter this week, she switches gears from golf to baseball and goes off on the Fernando Tatis Jr. situation. Paige implies that he knew exactly what he was doing and she backs it up with pointing out how he’s locked into a $340 million contract and health decisions aren’t made on a whim when that much money is at play.

Here is the video with the quotes below. Is she serious about her ‘fix’ for baseball’s PEDs problem? Not really, but it would fix the issue…

If you’d rather read than watch a video, here are those quotes:

Paige Spiranac: “Hello everyone, let’s talk about steroids. So Fernando Tatis Jr. has been suspended for PEDs and he was like ‘(gasp) I would never… it’s just ringworm and I know this medication would be banned.'”

“So you’re telling me he went to the doctor and the doctor was like ‘Tatis! One of the most valuable players in the league making $340 million.. everyone’s counting on you… Let’s just risk it, let’s just see what happens with this medication.'”

Paige suggests a way to fix the game of baseball.

“So how do we fix this? We make steroids legal. Have some transparency in the sport. I’m going to say that again, let’s make steroids legal. I want to see these guys doing superhuman things… Hitting hooommmme runs. And while we’re at it, Pete Rose and Barry Bonds should be in the Hall of Fame. Simple and easy as that.”

Paige Spiranac suggests legalizing steroids to create a level playing field. What are others saying about that?

This isn’t the first time we’ve heard someone suggest that legalizing steroids would fix the PED issues in professional sports. And it certainly wont’ be the last. Decades before this rant from Paige Spiranac, Saturday Night Live had the ‘All-Drug Olympics’ sketch:

It’s worth noting that drugs have been winning the War on Drugs since day 1. Something MLB and the NFL would benefit from acknowledging…

Here’s what people on Twitter are saying in response to Paige Spiranac’s rant:

Futurama predicted that steroids would be mandatory. Just saying.

I say put McGwire, Bonds, Sosa, and Clemens in the Hall of Fame. The talent they had and what they did for baseball, can’t be completely done with steroids.

I agree because they're all doing it anyway and trying their best to stay below the tested limit. That being said also put shoeless Joe in the hall too

Paige even admitted it wasn’t serious because nobody actually believes steroids will ever be legalized:

It wasn’t a serious take. I know they aren’t going to legalize steroids lol

Steroids will never be legal in sports. Athletes will always push the boundaries of what’s defined as a ‘performance enhancing drug’. These are facts.

Paige Spiranac thinks the PGA Tour can improve but the tour's stars who are entitled and want 'more, more, and more' are 'f—king babies' in a scorched earth rant https://t.co/Rm8ooxdMcP