The NY Post Has Published 13 Stories About Paige Spiranac Since March, Mostly About Her Cleavage 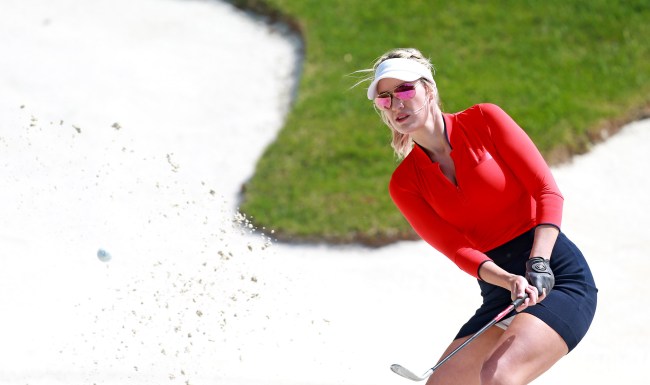 Paige Spiranac has over 2.5 million followers on Instagram and it’s safe to say that of those millions of fans a good number of them are full-on obsessed with the ‘OG Insta Golf Girl,’ but it’s starting to look like the New York Post is atop that leaderboard.

Since March 4th of this year, the NY Post has published 13 stories about Spiranac and the majority of them are about her cleavage, nude photo scandal, and dating history. The Post isn’t coming up with these stories out of thin air, however, there is a pattern here.

Spiranac launched her podcast ‘Playing A Round With Paige Renee’ back in February and since then the Post has been posting recaps of each episode and taking the juiciest quote from the episode and turning it into a story. There isn’t an issue there, as basically every sports and pop culture website does the exact same thing, BroBible included, but the Post has essentially turned Spiranac into one of its beats like she’s the Knicks.

The golfer-turned-influencer posts new episodes of the podcast each Monday, so the Post is quick to publish a story on Tuesday. This Tuesday’s story was a doozy titled ‘Why Paige Spiranac doesn’t wear underwear on the golf course.’ It’s catchy, there’s no denying that, but it’s a bit over the top based on the only quote in the story.

“I normally don’t wear underwear but it’s because I’m wearing spanky shorts and it just is too many layers if you have everything on, so it’s usually built-in shorts for my skirts or I’ll just wear spankies but no underwear,” Spiranac said.

You absolutely can not knock Spiranac’s hustle, she’s built a powerhouse audience online, she earned a spot in 2018’s Sports Illustrated Swimsuit Issue, and works closely with a number of well-known golf companies, but it’s definitely interesting to see the route the NY Post has taken involving her content.

[H/T Outside The Cut]