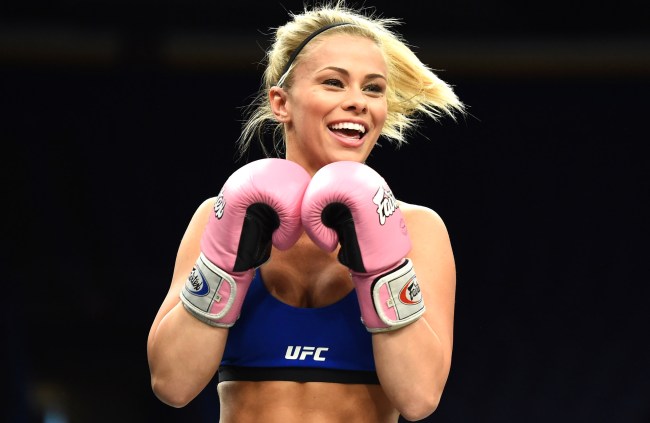 For over a week at the beginning of April, UFC star Paige VanZant and her MMA fighter husband Austin Vanderford were posting pictures of themselves strategically naked on Instagram.

While many of VanZant’s 2.5 million Instagram followers appreciated the levity and artistic nature of her photos, there were some folks out there who complained because, well, people.

The couple has since gone back to sharing normal Instagram pictures and videos – meaning they’ve been double posting their TikTok videos on the ‘gram.

As for why she and her husband went on a daily run of posting naked pictures of themselves on Instagram, VanZant said in a recent interview with MMA Fighting, “Austin and I had taken a video of himself, or a picture in the gym, and I had glanced over and I was like, ‘Were you naked out there?’ And he was just wearing really short shorts. Cause he works out in really tiny shorts.

“And I was like, ‘Oh my gosh, I have the best idea ever,’ and so we just kind of staged it where I was on the medicine ball and he had our double-edged bag covering his butt. Then it just kind of sparked from there because people liked them so much.”

Vanderford admitted that he had a good time with it as well.

“For one, I started wrestling since I was five, so I’ve been wearing one of those singlets my entire life so there isn’t a whole lot that it doesn’t show,” said Vanderford. “That’s one. Two, before I left Alaska to move here to the States to go to school and all that, my mom gave me one word of advice before I left. She said ‘Austin, the rest of the world isn’t like Alaska. You can’t just go outside and go pee wherever you want. You can’t show yourself off, so be careful.’ Fast forward like a year later, and I actually got a ticket for ‘scattering rubbish’ cause I had peed in a park or something. There might have been a few beers involved. I’ve just never been shy about that. I have fun. My wife sees me naked all day everyday anyway, so I thought the rest of the world deserves it, too.”

And despite the many Negative Nellys out there who said they were just doing it for attention, VanZant says otherwise.

“It’s not really a social media stunt – it’s not to get attention. I just think I want to spread the idea, we’ve been married for over a year and a half, and just to love your significant other, and have fun with them, and [show] how important it is to just make the most of the relationships that you have,” she said. “We’re really just having a really good time and trying to spread love. We’re married, so I’m not embarrassed, I’m not shy about the way we live our life at all.”

I think that much was made abundantly clear.