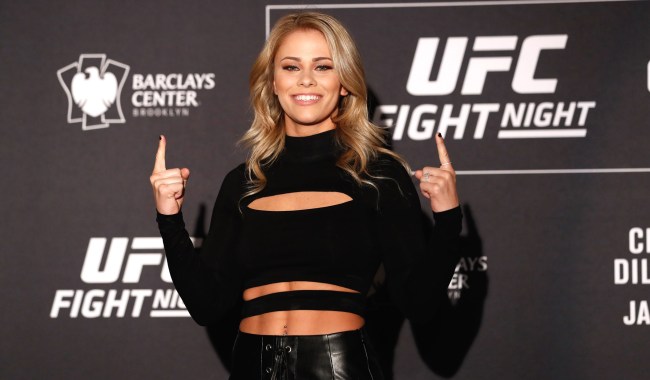 For some reason, UFC star Paige VanZant has been posting daily naked pics of her and her husband on Instagram while on lockdown. Reactions to the photos have fans of hers very divided with many expressing their dispproval of the photos.

The 26-year-old has had an up and down mixed martial arts career. VanZant started out hot, going 6-1 in her first seven fights before losing three of her next four bouts.

VanZant’s most recent foray into the octagon saw her get back on track with a second round submission of Rachael Ostovich on January 19th after a year off to repair a broken arm suffered in her loss versus Jessica Rose-Clark in 2018.

The flyweight contender, who recently fell out of the Top 15, has been outspoken about her UFC pay, telling ESPN’s Ariel Helwani last August, “I make way more money sitting at home, posting pictures on Instagram, than I do fighting.”

With over 2.4 million Instagram followers, VanZant probably isn’t lying, and with her next UFC fight obviously up in the air given the current world situation as well as her declining UFC ranking, may have something to do with her latest series of naked photos with her husband on the social media platform.

Reactions to the photos have been pretty definitive. Either people love them and think they’re amusing considering we’re all basically in quarantine, or they hate them and think VanZant is just attention hungry and taking advantage of everybody being on lockdown. (Frankly, I think it’s probably a little bit of both.)

“I remember when you used to have a bible verse in your bio,” said one commenter.

“Always hungry for likes,” wrote another.

“Quaratine got yall too comfy w this app,” pointed out another.

“Time to unfollow!” someone else complained.

“Ya’ll need more attention than my dead goldfish,” read another comment that I am not sure I understand.

The most important question, and one being asked the most in the comments section of VanZant’s photo series is, “Who the hell is taking all of these photos?” Especially this one.