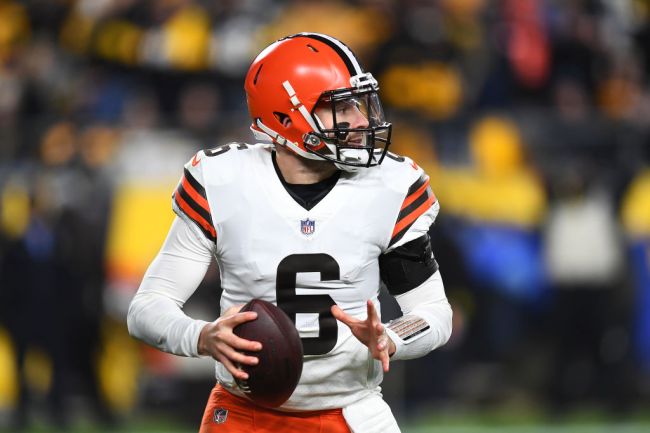 The Carolina Panthers appeared to make a decision on their starting quarterback when they finally pulled the trigger on a trade for Baker Mayfield. However, they don’t seem to want anybody to believe their decision is already made.

Despite the trade for Baker seemingly indicating the Panthers didn’t trust Sam Darnold to be their starting quarterback again next season, the Panthers have decided to have a competition between Darnold and Baker for the team’s starting job.

After day 2 of camp yesterday, Panthers head coach Matt Rhule was asked about his team’s competition and somehow still wasn’t ready to name Baker Mayfield as the team’s starter.

“I would expect to see things pretty much 50-50 for the immediate future. At some point, we’ll make some decisions. But I think that’s a long way off,” Carolina coach Matt Rhule said of the QB competition after Day 2 of training camp. https://t.co/kc5aNbCtAJ

“We’re nowhere near the point of evaluating who’s where. This was Baker’s second practice ever with us. I can’t really evaluate that yet. I would expect to see things pretty much 50-50 for the immediate future. At some point, we’ll make some decisions. But I think that’s a long way off.

It’s not clear exactly why the Panthers are going through this unnecessary charade. Everybody in the football world knows how this is going to end. Baker Mayfield will be starting in Week 1 against the Browns.

The Panthers could very easily have taken the same approach as the Falcons and announced a starter right from the start of camp. Instead, they have chosen to waste reps that could be used to help Baker get comfortable with a new playbook and new teammates to maintain the illusion that Sam Darnold has a chance at being their starter next season.

the Panthers traded for Baker because they needed a new starter and he gives them a better shot to win than Darnold. They just need to admit that’s their situation right now.