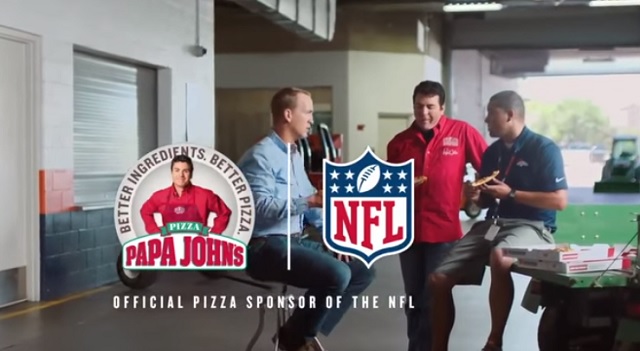 Last November former Papa John’s pizza CEO John Schnatter, a supporter of Donald Trump, was embroiled in controversy after he criticized the NFL over players kneeling during the national anthem to protest racial injustice and police brutality.

We are totally disappointed that the NFL and its leadership did not resolve the ongoing situation to the satisfaction of all parties long ago,” “This should have been nipped in the bud a year and a half ago.”

The NFL and Papa John’s have made a mutual decision to shift from their official league sponsorship to a focus on partnerships with 22 local NFL teams, presence in broadcast and digital media, and key personalities in the sport,” the league and company said in a joint statement.

The company will continue to invest in the NFL through its local-market deals with 22 teams. The company will no longer have presence at the league’s big events, including the draft and the Super Bowl, which will be given to the new pizza sponsor. The league is expected to have a replacement before the 2018 season begins.

Update: Papa John’s stock is down 5 percent following their announcement.