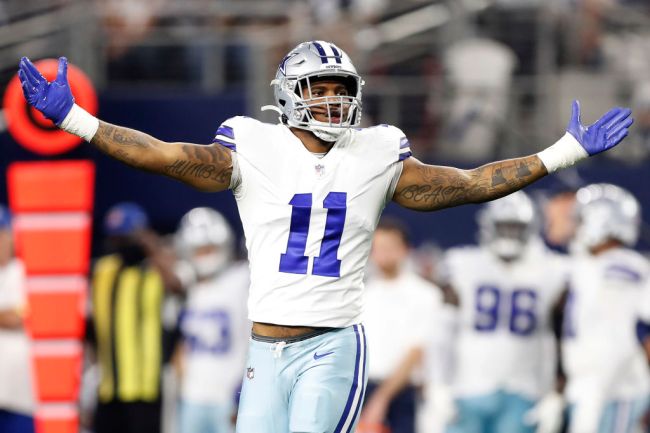 The Dallas Cowboys defense saw a pair of breakout seasons from its newest stars last season. Micah Parsons led all rookies in sacks in 2021 while Trevon Diggs led the league in interceptions.

Those impressive performances have Parson believing the Cowboys duo could eventually be the best defensive duo in the league.

Micah Parsons on he & Trevon Diggs as a defensive duo:

“It’s hard to put us over Aaron Donald… with Jalen Ramsey…. so I won’t do it yet. But I think we can become them or even better if we just learn together and we can stick together.”

“It’s hard to say we’re the best because I know we’re young and we still make mistakes. Aaron Donald, the greatest defensive player in history, with Jalen Ramsey. So I won’t do it yet. But I think we can become them or even better if we learn together and stick together.”

It’s definitely too early to be making these kinds of comparisons. Parsons has only played one season in the NFL and Diggs is only two years into his own career with only one of those seasons being particularly noteworthy. They’re both going to need to keep up this level of play beyond one impressive season before they can really be compared to the Super Bowl winning Rams duo.

However, their 2021 season does bode well for the duo remaining a formidable one for the Cowboys. Parsons posted 13 sacks in his rookie season and Diggs was responsible for 11 interceptions, including 2 he returned for touchdowns.

If they can maintain that high level of play over multiple seasons and the Cowboys can manage to find some playoff success, then maybe one day we’ll be talking about them in the same conversation as Aaron Donald and Jalen Ramsey.