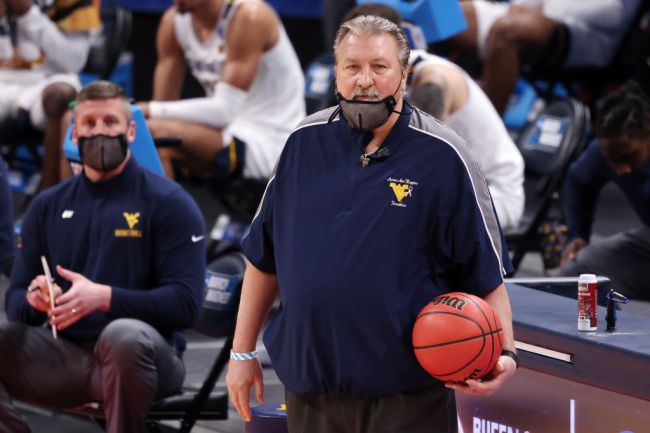 Texas Tech, West Virginia, and Illinois all got bounced from the NCAA Tournament on Sunday. All three teams were outplayed by their opponents, that’s why they were sent home packing. At least, that’s how everyone on the planet sees it except for Sports Illustrated’s Pat Forde. He decided to jump on Twitter right after Texas Tech lost to Arkansas in the second round to point out that the three head coaches of each team that lost on Sunday weren’t all that big on wearing masks.

Him prefacing the tweet with ‘not saying this is a causal relationship’ makes it that much worse. So you just want us to think that this was a random observation and thought you had, Pat? If you’re going to send a tweet that you know is going to stir the pot, it’s better to not treat your audience like they’re morons.

Forde doesn’t appear to have been watching basketball this weekend, he was watching sidelines and seeing which coaches were wearing their masks the most.

The fact that he was so quick to fire off this tweet after Texas Tech’s loss shows he had this one ready to roll in the drafts and was more than happy to hit send after Arkansas’ win.

The tweet from Forde shouldn’t come as a surprise. This past fall he wrote a thousand words about how bad college football coaches were at wearing their masks too.