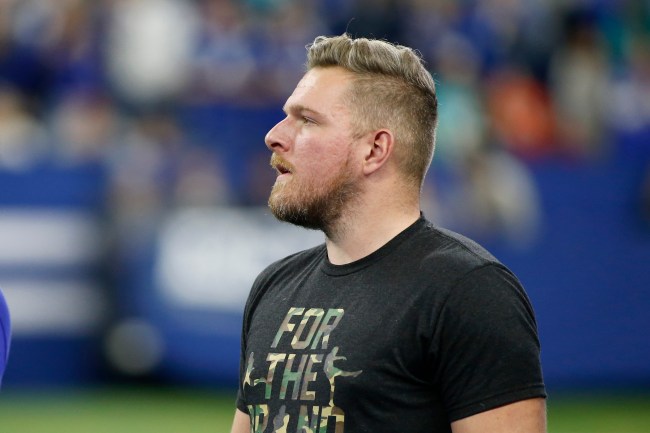 Just give me the mic and let me talk about THE PHENOM…. ZIOOONNNNNNNNNNN WILLIAMSON pic.twitter.com/k64ZZlakME

Last night, Pat McAfee announced the lineups for the Pelicans-Lakers game. As usual, he was fantastic. If I’m honest, I can only make out about half the shit he’s saying but it doesn’t really matter. The Zion line is all we really needed. It seemed to have an effect too, as Zion dropped 35, which wasn’t enough to beat the Lakers behind Lebron’s 34-12-13 triple double. Even so, McAfee’s lineup call echoes shades of Will Ferrell:

Different strokes, but both great.

Pat’s intros are just another example of him showing the sports world how to stop doing things in the most boring way possible. And with Flavor Flav officially out of Public Enemy, it’s no stretch to say that Pat McAfee might be the most celebrated hype man in the country now. The guy doesn’t seem to miss very often, and he takes swings. His roasting of the Titans at the draft is always worth a revisit: