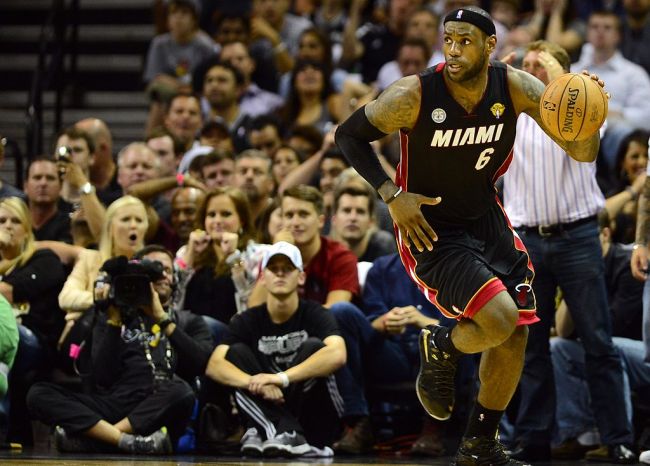 James Harden made headlines this week when he signed a multi-year extension with the Philadelphia 76ers, but it wasn’t for the reasons that stars’ extensions usually end up in the headlines. Instead, it was because Harden took a pay cut to help the 76ers build a winning roster around him and Joel Embiid.

While discussing this move from Harden, NBA insider Marc Stein that another star received a similar offer years back when they were in the midst of a run that saw them make the Finals in 4 consecutive seasons.

According to Stein, Pat Riley tried to get LeBron james to take a pay cut before he left the Miami Heat.

The James Harden/Daryl Morey "lovefest" … plus the usual spree of around-the-league notes … all via my latest This Week in Basketball column freshly dispatched to inboxes worldwide: https://t.co/6GvlnozhLw

Of course LeBron didn’t accept that offer. He was in the prime of his career at that and went on to accept a deal worth over $20 million per year from the Cleveland Cavaliers, setting up his triumphant return home where he delivered the franchise’s first ring. LeBron also didn’t need to take a payout to win a ring at the time as he had just won a pair of them with the Heat.

The move makes a lot more sense for Harden at this stage in his career. Harden is currently 32 years old and has yet to win a ring. In fact, he hasn’t even made a finals appearance since the Thunder lost to LeBron and that Miami Heat team. There are also reasons to believe that Harden’s 76ers need more reinforcements to win a ring.

With the way things have worked out for LeBron James since, I’m sure he feels even better about his decision not to take that pay cut now than he did at the time.