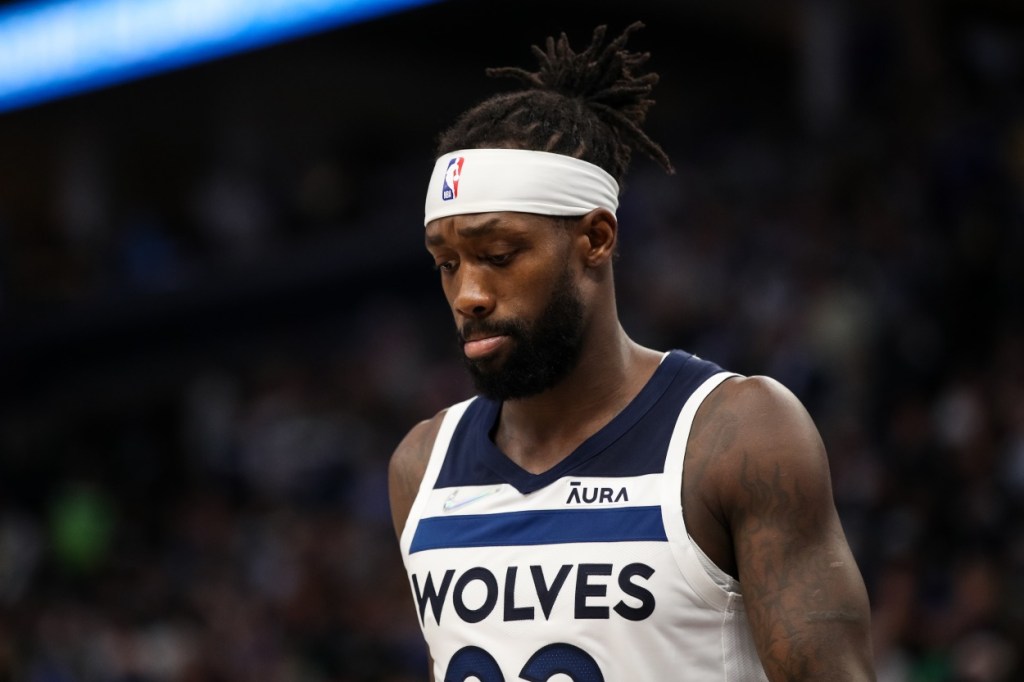 A clip of Minnesota Timberwolves point guard Patrick Beverley has gone viral. It looks like something you’d expect to see on an episode of Saturday Night Live and my first thought upon seeing the clip was of that infamous Michael Jordan meme that says ‘f— them kids’.

If you’ve never seen that meme and/or have no idea what I’m talking about, here’s the first instance of it in a tweet back in 2018. But be warned there’s some foul language on the picture if that’s something that bothers you.

So… Patrick Beverley was playing this 1-on-5 game against a bunch of little kids when he blocked a toddler’s shot into another dimension. That moment was captured on camera and the rest is history. NBA fans are loving it. Basketball Twitter is loving it. The moment is incredible.

Patrick Beverley Blocking A Toddler’s Shot Into Another Dimension

Patrick Beverley’s recent appearances on ESPN raised a lot of chatter. Now I want to see him on the Worldwide Leader in Sports this afternoon explaining this block…

Get him on First Take tomorrow talking about this.
"The kids were cones. No defense. Didn't even move. I destroyed them"

Dude doesn't sugarcoat anything, he is who he is, you gotta respect that.

Finally got a bucket, he wasn't gonna waste that opportunity

Pat Bev was looking like Prime Shaq out there on the playground. 🤣💀

I don’t know about Shaq, I’m seeing prime Dikembe Mutumbo here though. Or at the very least, I’m seeing Mutombo from that commercial that didn’t stop playing for months.