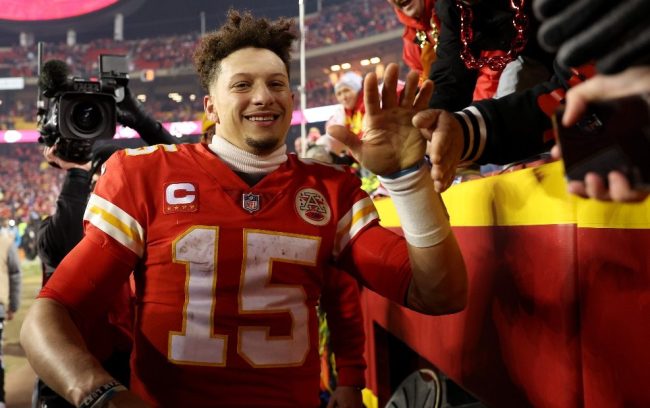 The Kansas City Chiefs have had a busy offseason as all eyes have been on the wide receiver room. Patrick Mahomes and the offense must find a suitable replacement for Tyreek Hill after trading him to the Miami Dolphins. With some new faces on the offensive roster, it sounds like the superstar quarterback has potentially made his choice.

According to Around The NFL, Mahomes claims he believes that Mecole Hardman has the potential of replacing Tyreek Hill. However, the Chiefs quarterback was rather specific as to how Hardman can do so. Mahomes states, “I think Mecole has taken that step of kind of filling … that spot that Tyreek did on those deep routes, and he’s kind of accepted that challenge.”

So there you have it. Patrick Mahomes is a big fan of Hardman’s presence on deep routes. It makes sense, as Mecole Hardman is a true speedster who can take the top off of the defense. Although the fourth-year wide receiver has struggled throughout his tenure with the Chiefs, Mahomes at least sees one way he can make an impact on this offense.

This is Hardman’s time to shine and he could play a vital role in this offense. Especially considering it can leave Juju Smith-Schuster and Skyy Moore wide open on underneath routes. Additionally, Travis Kelce is in line to have another monster year as well and would greatly benefit in Hardman succeeding in running deep routes.

We’ll see how it all plays out. Many are curious to see how the Chiefs play without Tyreek Hill in the lineup. Regardless, Kansas City has Patrick Mahomes under center which will always give them a fighting chance to compete. If Hardman can truly serve as Tyreek Hill’s replacement, then this offense should be rolling on all cylinders throughout the regular season.