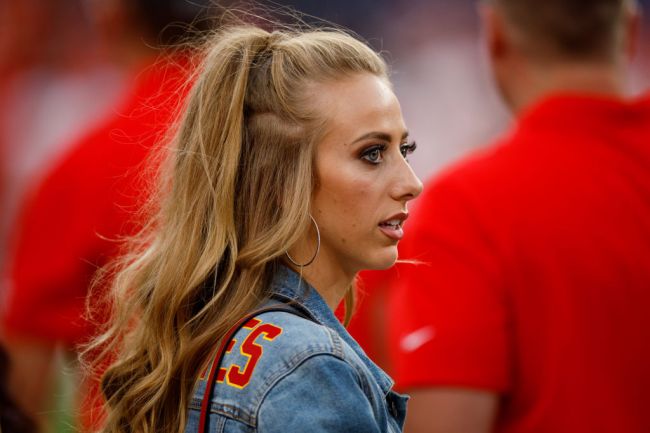 Patrick Mahomes’ brother, Jackson, gets plenty of hate these days, but one Broncos fan went a bit too far with his heckling.

On Sunday, Jackson was seen on the sidelines making TikTok dances during the Chiefs-Broncos game in Denver, which annoyed the hell out of fans.

Does his jacket say MAHOMS??? 🤔

While Jackson was standing on the sidelines, one Broncos fan could be heard yelling “Mahomo” directed at him. Patrick Mahomes’ Fiancée Brittany Lynn, who was standing beside Jackson, called out the fan over his remark.

Dude is mad cringe and annoying but this is disgusting. Don’t be this asshole. pic.twitter.com/1NRSJOEhOD