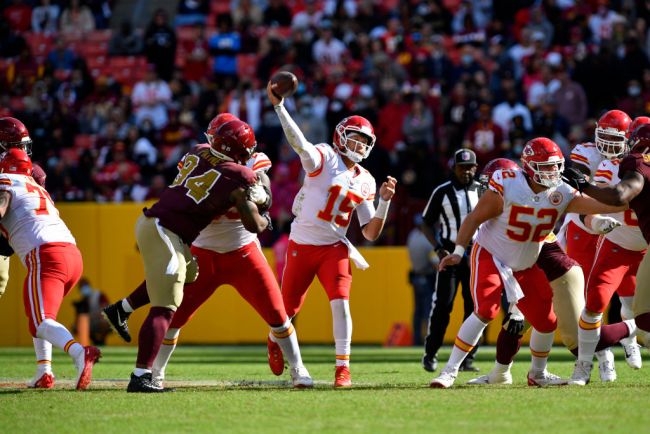 There are people in the world who actually believe that Patrick Mahomes is not the best quarterback in the NFL. Those people are wrong.

Without the turnovers, the media would be equally as enamored with his greatness as it is every year.

And yet, after Sunday’s win over Washington, a large focus was placed on Mahomes’ truly terrible interception. Meanwhile, a video has gone viral on Twitter that shows the $500 million-man making a throw that simply no one else in the league can make.

Mahomes takes the snap at the 50-yard-line, gets pushed out of the pocket to his right, cuts back toward midfield and shakes the defender, rolls back to the right and runs toward the sideline. As a second defender closes in, Mahomes releases a pass across his body at the 35.

On the receiving end, Tyreek Hill cuts across the field and makes the catch on the far hash.

There will be hates who will say that Baker Mayfield, Kyler Murray or Dak Prescott could make that throw. Perhaps, but I would go so far as to say they cannot.

If someone tries to discredit Mahomes or downplay the sheer greatness of this throw, they are not a sane person. Plain and simple.