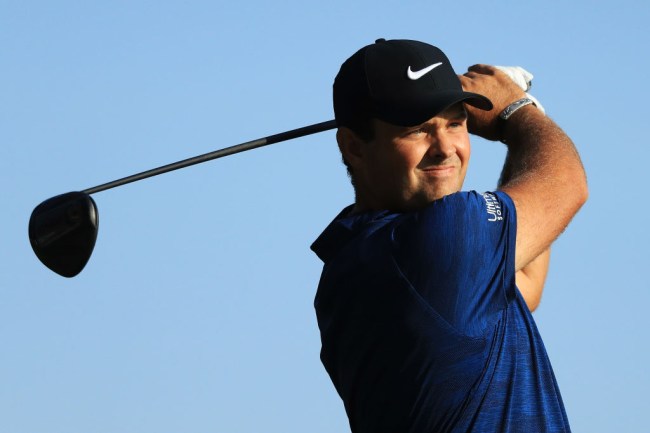 In recent months, professional golfers have drawn the ire of some of the game’s less traditional fans for raising perceived petty complaints about various aspects of play.

Back in March, Rory McIlroy proposed that golf courses should limit alcohol sales on the course after a heckler kept shouting his wife’s name at him during the Arnold Palmer Invitational. Just a week later, Justin Thomas had a fan ejected from a tournament for shouting for Thomas’ tee shot to roll into a bunker. And there were no shortage of U.S. Open golfers complaining about the USGA tightening the fairways and drying out the greens.

When you consider these dudes have millions of dollars at stake, these complaints seem a bit less petty, but for a guy who drinks nine beers before the bend and rips cigs in the cart, it’s hard not to scoff at these barbs.

Well, the PGA Tour is in Boston this weekend for the second round of the FedEx Cup Playoffs at TPC Boston and the complaints are already coming in before golfers step on the course.

Thank you @pgatour for the tickets to the @RedSox game tonight. I love how you put my wife, sister in law and myself in the line drive section. We paid $650 and ended up in the same section as the rest of the @PGATOUR! #frontrow pic.twitter.com/E0VP0Sbf22

“Line drive section” is also known as the section I sit in with my five year old nephew, who begs for a rocket to come his way so he can take home a souvenir.

Maybe Reed is a bit salty that the Sox chose Justin Thomas to throw out the first pitch instead of him?

Are you crying? There’s no crying in baseball