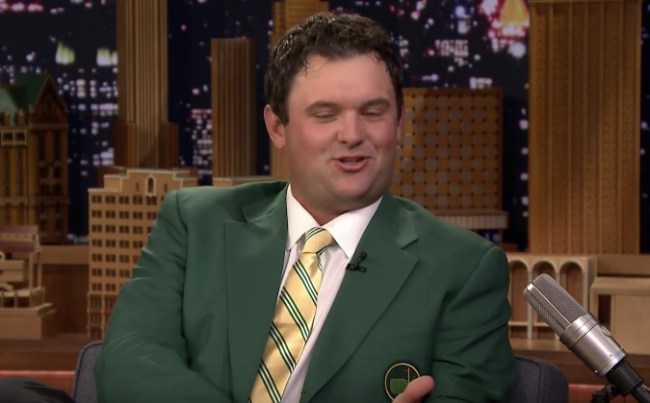 I wouldn’t exactly say it’s fair to call Patrick Reed ‘the people’s champion‘. Fans have always seemed to keep Reed at arm’s length. There are rumors of caddies having issues with Patrick Reed. But all of that seems to be changing overnight now that he’s a Masters champion and gets to wear the iconic Green Jacket from Augusta National.

Reed’s been making the PR rounds in the wake of his win, trying to boost his public image. Yesterday, he toured the Empire State Building before appearing as a guest on The Tonight Show Starring Jimmy Fallon where he talked with Jimmy about what it’s like to actually win The Masters, how you get fitted for the jacket, and more:

By the way, someone saw this epic photograph of Guy Fieri and Patrick Reed and decided to photoshop it so I had to share it with you bros:

Patrick Reed got paid $1.9 million for winning The Masters and has officially cemented his place in the annals of Golf History. The money is obviously life-changing, but the doors opening up for Patrick Reed right now are going to make his life a year from now almost unrecognizable to his life a year ago. He’s well on his way to becoming a superstar within the game of golf. Sponsors will be knocking on the door faster than he can take meetings. Like him or not, Patrick Reed is here to stay.