Patriots ‘Character Coach’ Resigns Amidst Robert Kraft Scandal, Reportedly ‘Did Not Sit Well’ With Him 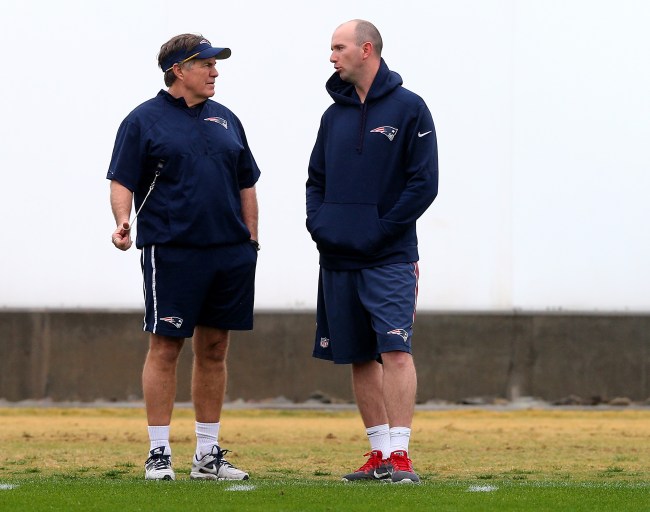 Easterby, who has been working for the Patriots for six years and is reportedly one of Belichick’s closet confidants, has resigned in the wake of the Robert Kraft scandal. Easterby was reportedly recommended to Bill Belichick by Scott Pioli after he helped the Kansas City Chiefs maneuver through the 2012 tragic situation of Jovan Belcher killing his girlfriend and driving to Arrowhead Stadium to take his own life.

Easterby described his role with the team to Patriots Wire before this past season’s Super Bowl.

“They call it team development or character coaching. Just aim to be a servant. Aim to be the glue. Aim to help anything and everything to help our team gel together, be better men on and off the field and help us hopefully work together as a team to perform at the highest level.”

Easterby, a Christian preacher who also served as the team’s chaplain, reportedly helped the team through the Aaron Hernandez shitshow and mentored Josh Gordon last season.

The Boston Globe reported that Easterby felt his time in New England “had run its course,” as the charges against his boss “did not sit well” with him. His contract expired at the end of the season.

The writing seemed to be on the wall, as last week the coach retweeted a message from Saints tight end Benjamin Watson suggesting his followers “be appalled but not surprised” by the allegations.

Easterby is no stranger to navigating sticky situations, so the fact that he’s bailing on Kraft in a time of need is just more shitty press for the Patriots owner.