The Patriots Fan Who Pulled The Steelers’ Hotel Fire Alarm Revealed Why He Did It, And We Can ALL Relate 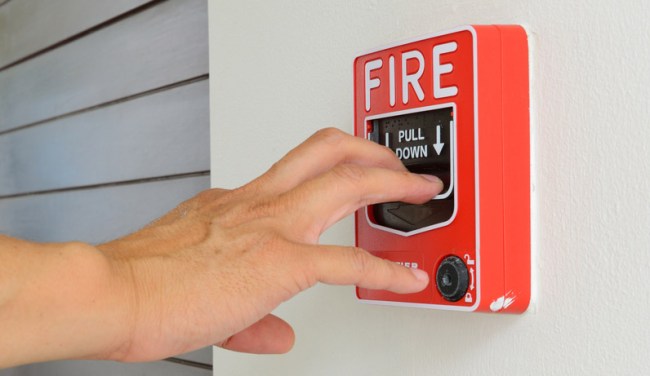 On Sunday a man was arrested for pulling the fire alarm in the Pittsburgh Steelers’ hotel at 3 AM in the morning. (Yes, Twitter did have a lot of fun with that.)

Turns out that this man was Dennis Harrison, 25 of East Boston, and, shocker, he’s a “die-hard” Patriots fan. Oh yeah, he also may or may not have been drunk. That too.

Attorney for man accused of setting off fire alarm at #steelers hotel says his client is "die hard" @Patriots Fan who may have been drunk pic.twitter.com/PCLGHngUdU

NEW Police report says @Patriots fan says "I got drunk and did something stupid" pic.twitter.com/11Qn7gg7pH

State Police claim suspect admitted to doing something stupid because "The #steelers are staying here." He was arrested at hotel.

“I got drunk and did something stupid.”

Well, in his defense, who among us has not?!

State Police said he was not a guest at the hotel, and had no legitimate reason for being there, reports CBS Boston.

Yes, he did. He just told you the reason. Sheesh.

Harrison was arraigned in South Boston Municipal Court on Monday and charged with charged with disorderly conduct, disturbing the peace, and setting off a false fire alarm.

He was bailed out and released on his own recognizance.