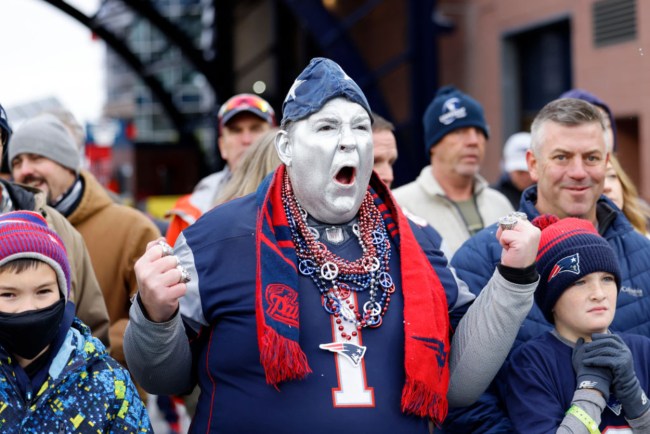 Mac Jones has led the Patriots to a 9-6 record as a rookie quarterback, which included a seven-game win streak earlier in the season, but now that the Pats have lost two straight games New England fans are back to being skeptical.

Well, at least one Patriots fan, that is.

Jones has not been great the last two weeks throwing just two touchdowns and four interceptions to go along with a 50.8% completion percentage.

The Patriots have gone from everyone’s favorite to win the AFC East to a team that’s crashed back down to Earth with an unproven rookie under center.

Following New England’s loss to the Bills on Sunday, the chances we see the Bills win the division are slim to none and Pats fans are not taking the loss too well.

A fan named Bobby, who happens to have one of the thickest Boston accents you’ll ever hear, called into ‘The Greg Hill Show’ on Monday morning and voiced his frustrations toward both Jones and head coach Bill Belichick.

It’s not that Bobby necessarily said anything profound during his rant, it’s how he delivered his message.

Mac Jones has got a rah ahm, threw the ball all over the pahk, and the kid playing kwataback ain’t New England’s future, according to Bobby here.

“Bill Belichick hasn’t won bupkis without Tom Brady” is another gem of a quote.

While it’s easy to make fun of Bobby’s accent, he does have a pretty valid point as it absolutely looks like the future of the AFC East is Josh Allen and the Buffalo Bills.

At least for right now, that is, if Jones puts together two strong games to close out the season and leads New England to a deep postseason run, Bobby and everyone else will be back on the bandwagon.