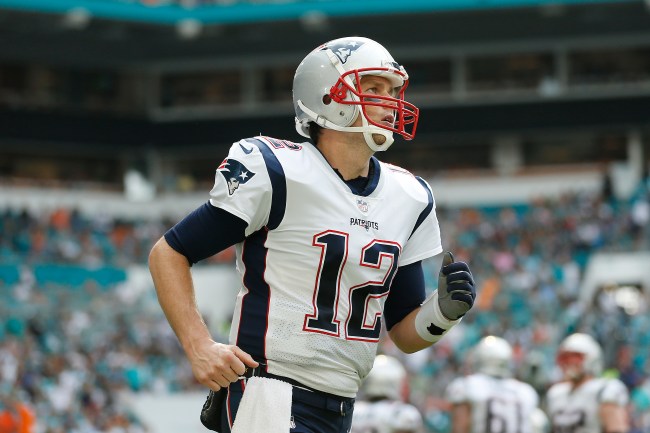 The Miami Dolphins looked impossibly bad in their 59-10 home loss against the Baltimore Ravens to open the season. So bad, in fact, that each of the following things have been reported to be true.

1.) Multiple Dolphins players have contacted their agents to ask out of Miami ASAP.

2.) More people showed up to my 11th birthday party than showed up to Hard Rock Stadium to watch the Dolphins get poached.

3.) A bettor was so confident in Miami’s incompetence, he threw down a $30,000 on the Ravens to win at PointsBet, a betting product wherein once the spread is covered, a better makes 1x the wager per point away from the spread. The dude made $600,000.

The Patriots, on the other hand, looked scary good in their 33-3 rout of the Steelers. Tom Brady is throwing to one of the best receiving corps of his career in Josh Gordon, Julian Edelman, Phillip Dorsett, and Antonio Brown (?). The Patriots temperamental defense looked as stifling as ever. The AFC East looks predictably shitty and the Pats schedule is a goddamn cakewalk (especially through the week 7).

When you run all that info through the computer, this is what you get:

Patriots favored by 19 points in Week 2 at Dolphins. The last time a road team was favored by that many points was in 2007, when New England was a 19.5 favorite at Baltimore. Disregard: Tom Brady has as many losses in Miami since 2013 (1-5) as he does at Gillette Stadium (50-5).

The game’s wild spread marks just the fourth time in NFL history that a road team is favored by three possessions (-17).

Imagine being on the Dolphins…
You just got shellacked by 49 points, your teammates have been calling their agents to be traded…your season is over after week one.

Regardless, as a Patriots fan, I’ve seen the Pats shit the bed far too many times in Miami (work cited: Miami Miracle). Plus, the Patriots just traded away Demaryius Thomas to the Jets to make way for Antonio Brown, who is anything but a sure thing after bombshell rape allegations circulated the second he touched down in New England.

This may be the only time you’ll hear me say this all season, but given the spread, smart money’s on Miami.