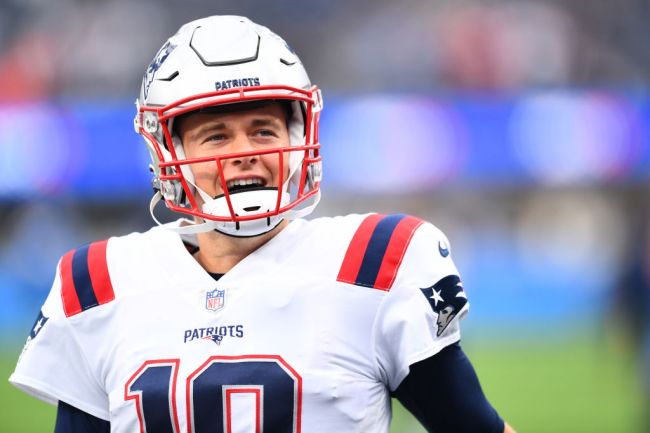 Mac Jones sticks to a very intense sleep schedule, but when the Patriots made their trip to Los Angeles to take on the Chargers everything got out of whack thanks to the drastic time change.

During the CBS broadcast of the game, announcer Ian Eagle said that when they spoke with Jones earlier in the week, he was asked about how he felt traveling to the West Coast for a game. Jones explained that “this is the latest I’ve been up for a while just because of the time change,” according to the New York Post.

Eagle was then asked during the broadcast what time Jones usually goes to bed.

Mac Jones told the CBS broadcast team he typically goes to bed at 8:30 each night and wakes up at 4:35 in the morning. pic.twitter.com/bxUaZvyQNq

Related: Mac Jones Reveals His Unusual Pregame Meal He Eats Before Every Game

According to Yahoo Sports, Jones’ sleep schedule is pretty similar to Tom Brady’s, only Jones’ is slightly more intense as Brady goes to bed at 9:00 PM and rises at 6:00 AM.

Not many of Jones’ fellow 23-year-olds are calling it a night at 8:30, and they sure as hell aren’t getting up any time close to 4:45, but hey, whatever works. It’s seemed to benefit Jones pretty well during his rookie campaign as he has New England at 4-4 on the year and within striking distance of the AFC East-leading Buffalo Bills.

Anytime a professional athlete mentions their sleep schedules it’s a perfect reminder to remind the world that Mark Wahlberg has the craziest schedule of anyone on the planet. He claims to wake up at 2:30 AM every day and go to sleep by 7:30.