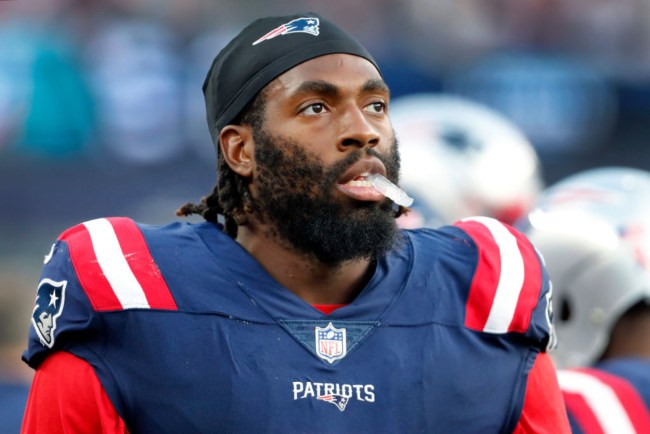 People are entitled to have their own opinions about certain foods at Thanksgiving. Maybe you’re not a fan of dressing, cranberry sauce, or you stay away from green bean casserole, but we as a society have to draw a line somewhere.

I think the majority of Americans out there would draw that line at macaroni and cheese. Any sort of slander against that side dish should be a punishable offense, and someone needs to let Patriots linebacker Matt Judon know this.

During his Tuesday afternoon press conference, the topic of Thanksgiving side dishes came up and Judon delivered one of the worst food takes in the history of mankind explaining that macaroni and cheese doesn’t even deserve a spot on the Thanksgiving table.

Matt Judon is not a macaroni & cheese fan: “It’s just cheese and noodles, so it’s not good. You got to get it off the table (at Thanksgiving). It’s disgusting. Get it off the tabke.” pic.twitter.com/aP2wakTyqE

“It’s just cheese and noodles, so it’s not good.” I’m sorry, what did you just say, sir?

How does a person, especially someone from Louisiana as Judon is, have tastebuds that say ‘nope, noodles and cheese is a bad combo, I don’t like it?’ Clearly, Judon has never had legitimate, homemade mac and cheese, but that’s hard to believe given the fact he’s from the South.

It’s the worst food take ever stated by an NFL player, I’ll stand by that, but it’s pretty on-brand for the Patriots.

On Monday, quarterback Mac Jones explained that he doesn’t like pie.

Something is in the water in Foxborough or something that is causing these guys’ tastebuds to be thrown off.

It’s honestly impressive how the Patriots continue to find ways to get under the skin of fans around the league.

What’s truly shocking is how many people agree with Judon’s horrendous take on Twitter.