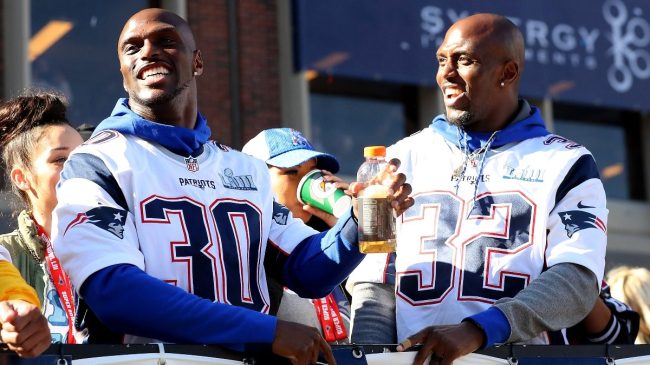 There’s just nothing like sibling rivalries is there? One of the most famous sibling duos in the NFL is Devin and Jason McCourty. Jason is retired and beginning a career in sports media while Devin still plays for the New England Patriots. After the team’s big win over the Cleveland Browns, Devin hit his brother with the most savage troll ever.

Jason McCourty hit the Twitter machine and shared exactly what happened. After the Patriots defeated the Browns, Devin McCourty made sure to video call his twin brother. All for the simple reason for Jason to “see what it’s like to win a game in Cleveland.”

One hell of a guy he is huh…

Jason McCourty played for the Browns in 2017, where the team went 0-16 that year. That specific team is regarded as one of the worst in NFL history. So, with the Patriots securing a victory in Cleveland, Devin McCourty roasted his brother for a good laugh. Siblings are great, aren’t they?

This is a great troll job by the Patriots Safety though. He likely had this planned as soon as he saw the Browns on the schedule. Either way, it’s a funny moment for these two as Devin McCourty continues his playing career. Maybe he’ll join his brother in sports media wants he finally hangs it up.